Top Posts
What is Skin Hunger and How to deal...
Six-Hitting has been in Mumbai’s DNA for a...
Hangover Days Party -by Sahil Sondhi in Delhi...
YRR – India’s Nation Pride award honoured Dr....
FlexClip Review – Great Online Tool For Creating...
The Size of the Online Gambling Industry in...
Caste: A Vicious Cycle By – Rhythm Sharma
Relaxing beach destinations for a quick weekend Getaway...
Facebook Traps Through False Identity By Mousumi Kalita...
Model & actress Twinkle Kapoor to attend Sahil...
Home » News » A Unique Republic Day Parade with Many Firsts…… 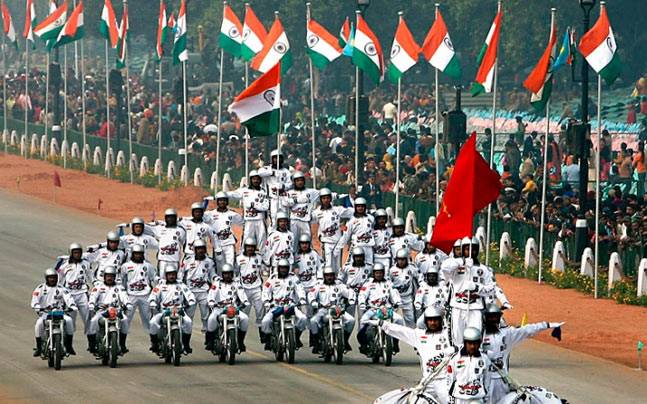 The highlight of the parade was a newly inducted Rafale fighter jet and along with it the 50th anniversary of Indo-Pakistan war held in 1971 was celebrated by showcasing a Bangladeshi tri service contingent. The total number of tableaus that took part was 32 and on segregation, there were 17 from states and union territories, six from Defence Ministry and nine others. On twitter, P.M. Modi expressed his greetings by posting a message which stated-“Wishing all the people of India a Happy Republic Day. Jai Hind!.”

For the first time, the tableau of the Union Territory of Ladakh was displayed in this year’s parade. The vision for Ladakh being carbon neutral was highlighted and it was an exemplary example for the world. The tableaus of various states like Arunachal Pradesh, Gujarat, Assam, etc. were showcased, but all-in-all, one tableau that stood apart was Uttar Pradesh’s tableau as that displayed the glory of the city of Ayodhya and the Ram Temple (under construction). The tableau showed Maharishi Valmiki writing the Ramayana and the mass sentiments & devotion associated with this temple was given a lot of importance as the temple was placed in the center of the tableau.

But, the center stage was once again captured by the armed forces of the nation as several arms equipment related to the army were featured on the iconic Rajpath. Some of these were-

But, the USP of the parade was the Rafale fighter jet designing the “Vertical Charlie” formation with perfection despite its demanding & spectacular shape. In this formation the aircraft rolls multiple times dramatically in air and attains stability at a higher altitude.

Further, history was also created on this Republic Day when the first Indian woman who became eligible for combat mission in a fighter jet-Bhawana Kanth also participated in the fly-past.

Safety measures such as social distancing, wearing masks, and the usage of sanitizers was also given topmost priority due to the Covid-19 pandemic. Other safety precautions were also taken such as-

Further, coming to the Indian Navy, several models of INS Vikrant were showcased in the tableau. The models also depicted the operations carried out by Indian Navy during the 1971 India-Pakistan war. The INS Vikrant had been highly instrumental in carrying out several operations that led to Indians being victorious on the sea- front.

All-in-all, this republic day parade was a glorious spectacle to have been witnessed by the world, as the might of the Indian culture & defense services was visible in full flow.