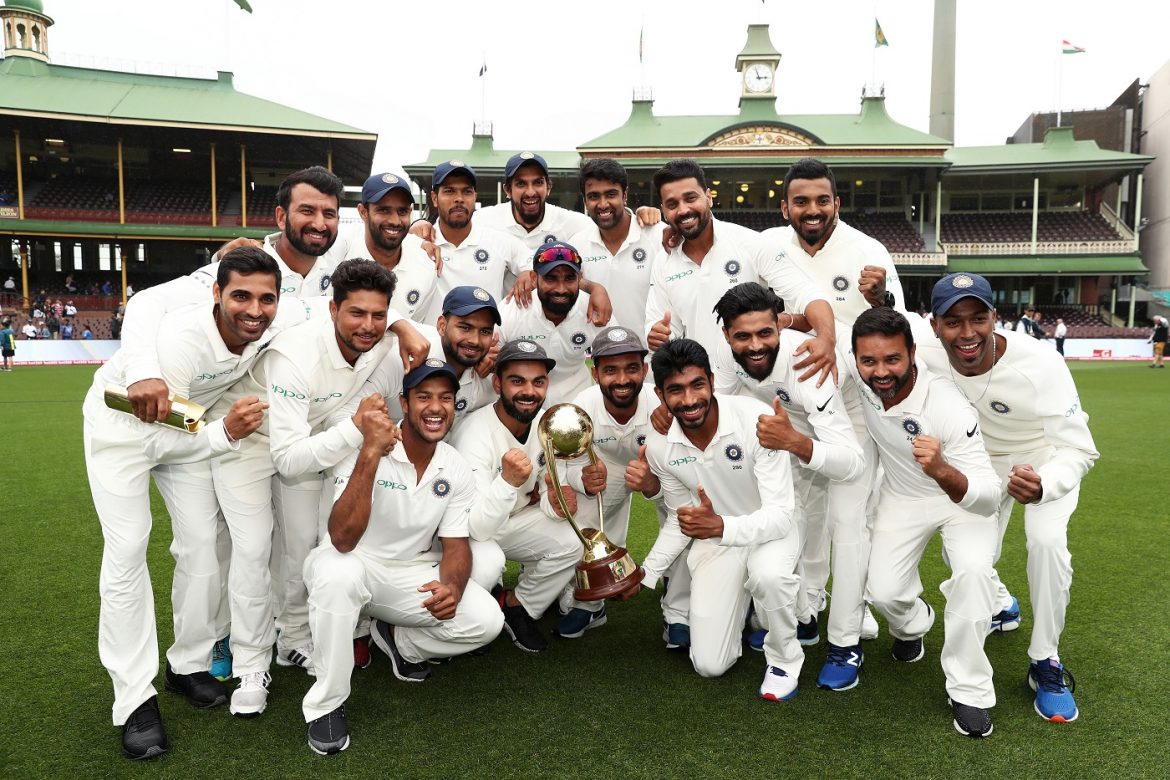 It is said that when the hunter of the jungle is fearless, then the prey becomes an easy target. Something similar has happened in Australia as well, as the ferociousness of the courageous young players of India has literally bowled over the Australian Cricket Team. Yes, it is true…. the young Indian Cricket team has crushed the might of the Australians in the fourth test to claim an exhilarating three-wicket victory at The Gabba on Tuesday.

The prestigious Border-Gavaskar Trophy has been safely retained by the Indian team in a nail-biting finish as the Indians overhauled the target with just 18 balls remaining in a match that was an extremely close call. The match went down to the wire and with the match; the Indians have also clinched the trophy as they have won the series 2-1.

The hero of the match was Rishabh Pant as he was awarded the man of the match due to his heroic innings that saved the face for his team. He led the team with his aggressive yet mature innings and the hero of the bowling department was Mohd. Shiraz. By the way, this test match was already under discussions as the Australian bowlers were ripping apart the Indian batsmen’s bodies as two Indian players were injured and one of them surprisingly was Rishabh Pant.

But, the valour of the Delhi boy speaks volumes of his dedication towards his craft of batting and towards his country as he returned back on the field with a spray and a balm on his hand and not only continued batting for his country but instead, he played the role of a match winner by guiding the Indian ship through the shore and depositing it safely into the harbor.

Captain Cheteshwar Pujara also suffered a few nasty blows on his body, but his grit was on full display as the Indian batsman was seen digging deep into the beautiful innings he sculpted with utmost sincerity & tenacity. Coming to the bowling department, Md. Shiraz made a mark for him as he outclassed the Australian batsmen with his stupendous bowling and his fierce pace made the Australians go dizzy in the air.

It was not a pretty sight when Mr. Pujara was being bombardedwith so manynasty bouncers as he was hit not once, not twice, but atleast eight times by the ravenous & ruthless bowling by the Australian bowlers. But, the way, he copped out of the brutal attack was indeed splendid to watch as the Indian captain was shining like a lamp of courage on fire by dodging and defending the ruthless Australian bowling. Pujara’s 211 ball vigil came to an end after he made a half-century that spoke volumes of his endurance.

This was the final test match of the series as the first test was won by Australia, in the second test match India struck back with victory, and the third test was a draw. All-in-all, this is a huge achievement for the Indian team led by Pujara and right now the whole of India is basking in the glory of the Indian Cricket Team’s achievement.