Top Posts
The Challenges Faced By Teachers During The COVID-19...
Gaming – Synapse to Reality
LOVE – A Common Girls’S Perspective
Art and Meditation
Work From Home:An Altered Narrative
Allegiance to Insanity
Fun Ways to Earn a Bit of Extra...
8 Cheapest countries to study abroad
Factors that Decide a Business Loan’s Interest Rate
Cannabidiol 101: How To Find The Best Quality...
Home » Education » Career » Diving Into The World Of C: The Language Tops Programmer’s Choice Again! 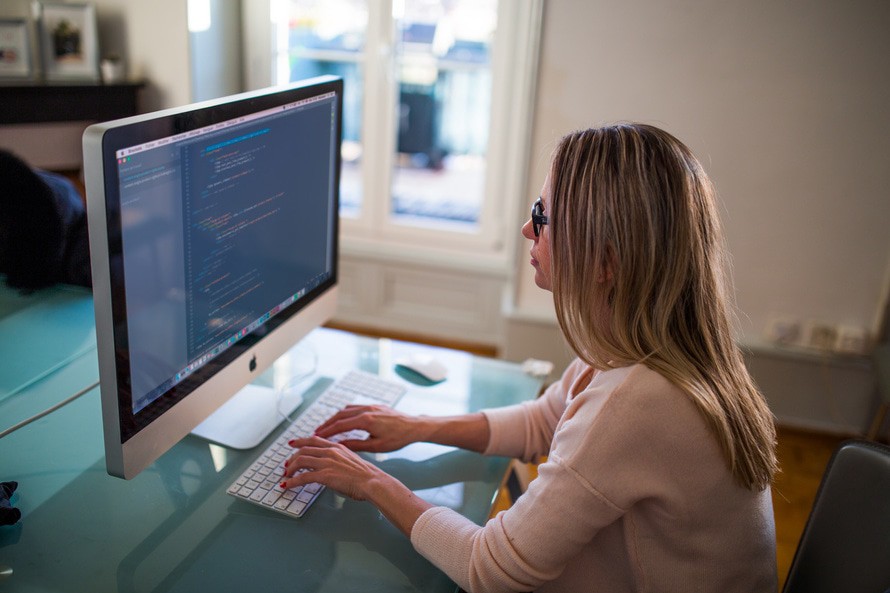 Diving Into The World Of C: The Language Tops Programmer’s Choice Again!

C is a widely celebrated programming language that was originally developed at Bell Labs by Dennis Ritchie between 1972 and 1973. While most of the languages tend to enforce a programming paradigm, i.e., a particular style and design method upon their users, either for commercial purposes or market demands, constricting the ability of the programmers to solve a single problem with different approaches, C was developed with a completely different goal in mind.

Ritchie’s vision was to code a programming language that could boost the intellectual caliber of a programmer as well as create a free environment for him to independently venture into his creativity. It is due to this reason that C has very few restrictions and is so flexible. The language is the very definition of speed, stability, and near-universal availability. C’s layer of abstraction is extremely thin and so the overhead is low, enabling programmers to create efficient implementations useful for computationally intense programs.

Also, it should be noted that if a language does not provide direct support for inheritance, then it is called object-based programming language.

Abstraction and Encapsulation can be easily achieved in C. Let us see how:

Inheritance is a little bit awkward in C as it follows a Top-Down Design rather than the commonly used Bottom-Ip Design method for object-orientation. For example, in C, it is the superclass that has the power to decide its inheritor whereas, in languages like C++, it is the sub-class that decides its superclass.

C language thus fits well on the definition of OOL and as it’s faster, more stable and widely available, it can produce better code than most Object-Oriented Programming Languages. you “You can write object-oriented code (useful for filesystems etc) in C,  _without_ the crap that is C++.”

Dennis Ritchie was verily a scientist ahead of his times as even to this day, many modern languages borrow directly or indirectly from the concepts of C. Languages like C++, C#, Unix’s C shell, D, Go, Java, JavaScript (including transpilers), Limbo, LPC, Objective-C, Perl, PHP, Python, Rust, Swift, Verilog and SystemVerilog (hardware description languages), all have borrowed some or the other thing from the very C language.

According to the TIOBE index, C has always remained among the top choices for programming languages since its birth. However, Java did overtake it in the recent past but since the pandemic, it has once again started to lose its mojo. TIOBE stands for “The Importance Of Being Earnest” and the index provided by it is a standard indicator of the popularity of programming languages. According to the recent trends, C has once again surpassed Java due to the Coronavirus. The TIOBE says that languages like C have been “gaining popularity because these are used in software for medical devices.”

It is evident that this beautiful language that is solely for the passionate, is never going to lose its charm!

Will E-Books Take Over Paperbacks Due To COVID 19 in...

The Challenges Faced By Teachers During The COVID-19...