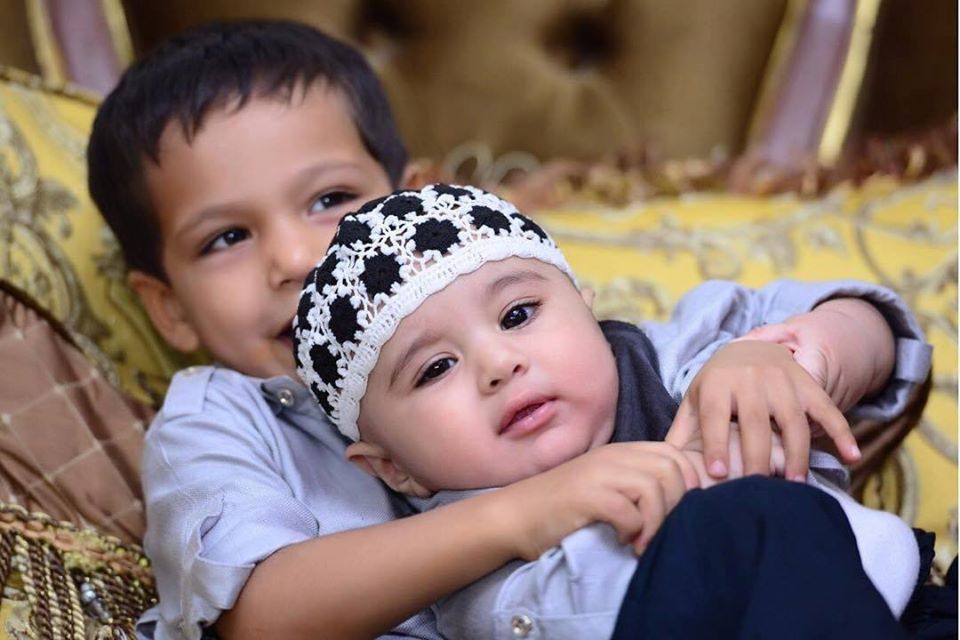 The Sacred Month of Ramadan

In 610 A.D., possibly twenty and two days past the month of Ramadan, an exalted man of about forty years of age was fasting and meditating in a cave called Hira that rested upon Mount Jabal al-Nur in the Hejazi region of Saudi Arab. It so happened that the eventuating eventide witnessed a flood of blinding lights and an angelic figure of the highest orders, Jibril, appeared in the cave. “Read”, a voice echoed and he who was meditating, opened his eyes only to witness the angel. To this, surprised, he replied, “I cannot read or write!” Jibril then embraced him so tight, he thought he was going to die. “Read”, Jibril uttered again and so he replied again, “I cannot read!” When for the third time Jibril asked him to read but he could not and so he was embraced again, then upon release, Jibril began,

“Recite in devotion to the preserver, ‘the one who brings the non-existing into existence, (also) creates a human from a germ-cell.’

He learnt verses as taught by Jibril and the latter then vanished. This highly exalted man was none other than the last prophet, Hazrat Muhammad (S.A.W.), himself. Since then, the annual observance of Ramadan is regarded as one of the Five Pillars of Islam during which the observer commits to a month-wide fast, condemning shaving or trimming of hair and nails.

The rituals observed by a Rozadar are in fact so similar to the month-wide observance of the Shravan fast by Yogi-s of India, that it intrigued me into researching a bit. No spiritual tradition ever wants to confuse its followers by telling them about anything that is not spiritual. The Sun is disregarded when considering spiritual matters while the Moon is heeded in such matters. Thus, in India, the Yogi-s had devised a pure Lunar Calendar and so did the Sufi-s in Arabia, which is de facto for spiritual affairs.

Although it is difficult to find a contemporary pure lunar calendar in India with the increased popularity of the lunisolar and solar calendars, we can still calculate the former’s nature. Every 33 years, the Lunar Calendar coincides with the Solar or Lunisolar Calendar. In those years, we can relate the Lunar festivals and sacred days of both the spiritual traditions and gain some insight about the similarities and coincidences between the Yogi-s and the Sufi-s.

So, in the year 610 A.D., the solar calendar coincided exactly with the lunar Hijri Calendar. The year is remarkable in terms of spiritual events, as this was the year when Hazrat Muhammad (SAW) was provided with the first revelations – the first five verses of Surah al-Iqraa. The month of the revelation was Ramadan and the day is believed to be the eve of either 19th, 21st, 23rd or 27th. Most of the Shia-s and Sufi-s believe that it was the 23rd of Ramadan. Diving into some calendrical calculations, here is what I found:

The Julian equivalent of commencement of the Vedic lunar year

Now, this means the following:

So, following the pure lunar calendrical system of Vedic India, evidently, the Paurnimanta Shravan Shukla Paksha (i.e., Amavasyant Shravan) began on the same day as Ramadan of the Hijri calendar. Is it a coincidence?

Now, since the Ramadan and Purnimanta Shravan Shukla epoch fell on the same day, i.e., 28 July, 610 A.D., calculating further eventually led me to the conclusion that the 23rd of Ramadan was nothing but Ashtami Krishna Paksha for Purnimanta Bhadrapada which marks the festival of Krishna Janmashtami for the Yogi-s. For the Shia Muslims and Sufi-s, the 23rd of Ramadan marks the festival of Laylat al-Qadra.

It is narrated, “The month of Ramadan is that in which was revealed the Quran; a guidance for mankind, and clear proofs of the guidance, and the criterion (of right and wrong). And whosoever of you is present, let him fast the month, and whosoever of you is sick or on a journey, a number of other days. Allah desires for you ease; He desires not hardship for you; and that you should complete the period, and that you should magnify Allah for having guided you, and that perhaps you may be thankful.” – [Quran 2:185]

Muslims also hold that all the scriptures wererevealed during this holy month of Ramadan, the scrolls of Abraham, Torah, Psalms, Gospel, and Quran having been handed down on the first, sixth, twelfth, thirteenth (in some sources, eighteenth) and twenty-third Ramadans.

Eid al-Fitr: The Conclusion of Ramadan

The holy tradition of Eid was initiated in Medina after al-Hijrah of Hazrat Muhammad (SAW). Anas ibn Malik, a well-known companion of Hazrat Muhammad (SAW), narrated, that when Nabi Pak arrived in Medina, he remarked that Allah (SWT) has fixed two days of festivity for us which are better than all others: Eid al-Fitr and Eid al-Adha (Source : Ahmad ibn Hanbal, Musnad, vol. 4, 141–142.)

Eid al-Fitr marks the end of the month-long dawn-to-sunset fasting of Ramadan. This day is reserved for a particular Namaz or Salat (Islamic prayer) that consists of two rakats (units).

In Indian peninsula, this day is also regarded as Meethi Eid(“Sweet Eid”) and Chhoti Eid(“Small Eid”). People are supposed to observe Zakat (alms-giving) on this day as a conclusion to the month-wide Sawm or Roza (fast). Variety of dishes, including Sheer Korma, are prepared in the pursuit of the festivity. Eid is highly enjoyed by the kids, as they mostly receive money in cash called “Eidi” as gift from their relatives and elders.

This year, Delhi’s Jama Masjid Shahi Imam, Syed Ahmed Bukhari announced on Saturday that Eid al-Fitr will be celebrated on 25th of May, as the moon was not visible earlier. He has even appealed to people to take precautionary measures and maintain social distancing during the hard times of the COVID-19 pandemics. “We should stay away from shaking hands and hugging. We should follow the government’s guidelines,” he said.

Normally, Eid is a joyous occasion wherein families and friends get together to celebrate the day. However this year, because of the COVID-19 pandemic, certain restrictions are put in place and the ways of celebratinghas naturally taken a different course.

Maithili Machaan: A step-up program initiative for the community

The Ultimate Guide To Deck Up in Ethnic Wear This...

Maithili Machaan: A step-up program initiative for the...

The Ultimate Guide To Deck Up in Ethnic...