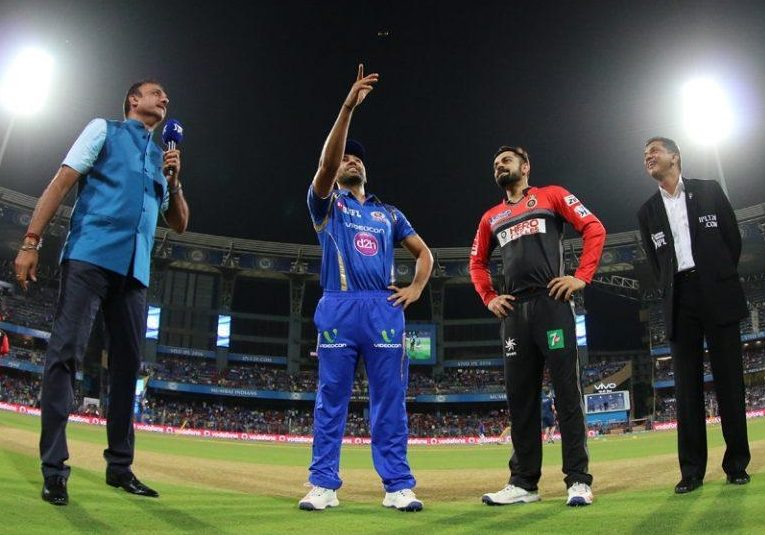 The Royal Challengers will play against the Mumbai Indians at M.Chinnaswamy Stadium, Bengaluru. RCB being three times the runners up and Mumbai Indians being two times the winner of Indian Premier League of T20 cricket

Virat Kohli has been declared match fit, to play in RCB vs MI. The team has AB de villiers, Chris Gayle and Shane Watson who with their power packed stroke play can take the team to a better place K.L.Rahul will be missed.

The international recruits of RCB make them superior. Chris Gayle,Dilshan and AB de Villiers are the core batsmen of RCB.Muralitharan and Danial Vettori are the world class spinners belonging to this team.

From the very beginning Mumbai Indians have been the big cheese of IPL with great potential. The core team remains the same. The team has batsmen like Parthiv Patel who can metamorphose to any state that is he can himself be a match winner. The MI team also has Harbhajan Singh who has been splendid with the ball as we saw him play against the SRH( Sun Risers Hyderabad).

Apart from Harbhajan Singh there is hardly another spinner in the Mumbai team.From the foreign imports of MI Jos Buttler had very limited success.Lasith Malinga had limped out of Sri Lanka ICC WT20 and since then Malinga has not played any form of cricket.

Rohit Sharma, Harbhajan Singh,Amavati Rayudu,Keiron Pollard are some players who have been the motivation for the entire team.Pollard, Hardik Pandya and Krunan Pandya are the most influential all-rounders.