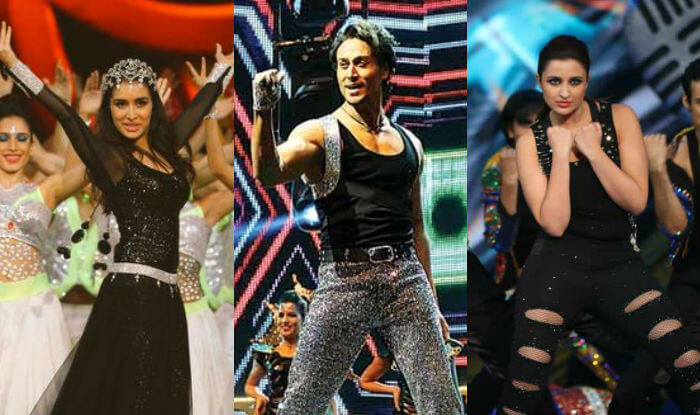 IPL 2017 Opening Ceremony – Live When And Where To Watch Live

The 10th edition of  Indian Premier League is much-awaited cricket tournament of the year. Crazy fans are waiting for a big celebration and the organizers have already started preparing for the most happening event of the year.

Bollywood stars like Amy Jackson, Shraddha Kapoor, Parineeti Chopra, Tiger Shroff, Riteish Deshmukh and other B-town celebrities are roped in to perform at 8 different venues for the 10th edition of IPL 2017

IPL chairman Rajeev Shukla has made the announcement that the 10th edition of IPL will not stop any fan from the massive celebration blast. The league is planning to have 8 amazingly different opening ceremonies. Each one before the teams rests at its home game.

Beautiful Amy Jackson will perform at Rajiv Gandhi International Stadium during the opening ceremony of the match between Sunrisers Hyderabad v Royal Challengers Bangalore at Hyderabad.

Tiger Shroff will give a power pack performance at Rajkot whereas Shraddha Kapoor and Monali Thakur will perform at famous Eden Gardens, Kolkata. Bold and beautiful Parineeti Chopra will be part of the opening celebration at Feroz Shah Kotla Ground.

Remaining names of Bollywood stars are yet to be finalized and confirmed.

Welcome to the complete overview of the live match. The firs match of 10th edition of IPL match is played between Sun Risers Hyderabad vs Royal Challengers Bangalore on 5th of April 2017. This match will be played at Rajiv Gandhi International stadium, Uppal.

The 10th edition of the Indian Premier League will be played from April 5-May 21.

Where will Indian Premier League 2017 be played?

How do I watch IPL 2017 Opening Ceremony live?

The opening ceremonies will be broadcast live on TV by Sony Pictures Network.

Where can you follow IPL 2017 Opening Ceremony live online?

The IPL 2017 Opening Ceremonies will be streamed online on Hotstar. For live scores, updates and analysis, you can follow sports.ndtv.com.

IPL 2017 Book Tickets Online – IPL is expected to start in first week of April. Many people plan to watch their favourite match in the stadium. For them booking ticket is necessary. So how to buy IPL 2017 Tickets Online? From where to buy IPL 10 Tickets? All questions in your mind will be answered here on our blog.