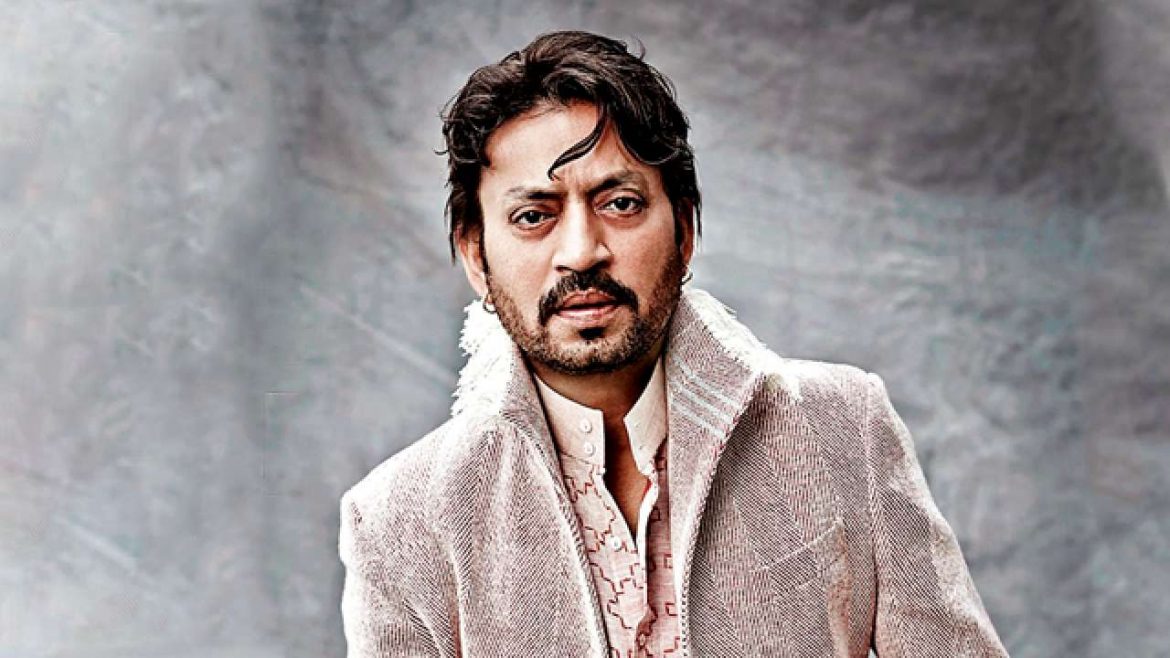 Regarded as one of the finest and most versatile actors of India by the film critics, contemporaries and other experts, Irfan Khan, passed away today in Mumbai at the peak of his career, aged 53. He was reportedly admitted to Kokilaben Dhirubhai Ambani Hospital of Mumbai for the treatment of a colon infection. He was diagnosed with neuroendocrine tumour in 2018 and had been receiving treatment for the same since then.

Being one of the most popular and respected faces of Indian Cinema, he had worked not only in the indegenous Bollywood, but verily in British as well as American films. Khan had received numerous awards, including a National Film Award and Filmfare Awards in four categories, over his career spanning over 30 years. The actor had featured in more than 50 domestic films and in various critically acclaimed indegineous TV Shows of the likes of Bharat Ek Khoj and the Chanakya of Dr. Chandraprakash Dwivedi.

Born on 7th of January in the year 1967, in the modest household of a tire businessman to the Pashto speaking Begum Khan and Jagirdar Khan in Jaipur, Rajasthan, he was selected for the CK Nayudu Tournament for emerging players under 23 years as a stepping stone to first-class cricket in India. However, due to lack of funds, he had to drop it. Later, in 1984, he earned a scholarship to study at National school of Drama while he was pursuing his MA degree.

When he moved to Mumbai, he kept himself afloat from working in Theatre and Television until Mira Nair offered him a cameo in her Salaam Bombay! (1988). However, his role was later edited out in the film. After years of hardship and struggles, things changed for Khan when finally he came forward as the lead role in the film The Warrior, directed by London-based British filmmaker Asif Kapadia, in the year 2001. It was only in 2005 that his first lead role in a Bollywood film came out with Rog, a thriller film directed by Himanshu Brahmbhatt. In a movie review of Rog, one critic wrote, “Irfaan’s eyes speak louder than his words and every time he is in frame, be it talking to his buddy Manish or arguing with Suhel, he shows his capability as an actor.” However he was presented with a Filmfare Best Villain Award in 2004 for his role in film Haasil. In a movie review of Haasil, one had written, “as the ambitious, brash, fearless goon who is mind-blowing. He is outright scary and makes you sit up, wondering what he’ll do next.”

Since 2005, he began to appear in several critically acclaimed and Box Office hits of the likes of The Namesake in 2006, Metro and The Darjeeling Limited in 2007, and Slumdog Millionaire in 2008. About Khan, Danny Boyle said, “he has an instinctive way of finding the ‘moral center’ of any character, so that in Slumdog, we believe the policeman might actually conclude that Jamal is innocent. Boyle compares him to an athlete who can execute the same move perfectly over and over. ‘It’s beautiful to watch.'” Khan then turned towards various action films of the likes of Acid Factory and played the role of an FBI agent in the film New York in 2009. His film, Paan Singh Tomar, turned into an instant hit. In the 2012 film The Amazing Spider he played the role of Dr. Rajit Ratha. He further played the adult version of Piscine “Pi” Molitor Patel in Ang Lee’s

film adaptation of Life of Pi, which became a success worldwide. In 2013, he featured in The Lunchbox, which became his highest-grossing Hindi film up until then. By 2019, he had appeared in hits like Gunday, Haider, Piku, the 2015 film Jurassic World, acclaimed thriller Talvar, and Hindi Medium. The 2017 film Hindi Medium became his highest-grossing Hindi film surpassing The Lunch Box and emerged as a sleeper hit in India and China.

As it seemed like an emerging era for Irfan Khan, and it seemed that his days of struggles were over and he would emerge as the reformer of the Bollywood industry with his unique talent, the wheel of time took its turn and shattered these hopes forever. Now, the uniquely talented artist, the actor Khan, has initiated on his journey to eternity. His beloved wife and fellow NSD Graduate Sutapa Sikdar once said about him, “He was always focused. I remember when he would come home, he would head straight for the bedroom, sit on the floor, and read books.

The rest of us would be hanging around gossiping…Once he dragged me to a police station in Mumbai to understand the procedure.”

He could have easily gone on enchanting the film industries for another decade or more. Irrfan Khan is a living force. A true demise is for those who leave the world grieving, or else every other person comes only to die someday.