Lothal – A Revisit to History

With so many new cities in India considered to be the most popular tourist destinations, we should never forget some well-known destinations as well that once were considered to be quite popular because of its civilization. Talking of which, Lothal is a prominent one which most of us actually have forgotten.

This city is located in Bhal region which is now the modern state of Gujarat. It was discovered in the year 1954 and was excavated till 1960 by the best team of archaeologists of the Indian government. Let us learn some interesting facts associated with this city.

Lothal was the prime reason to connect another two major ancient cities called the Harrapan city in Sindh and Peninsula of Saurashtra by the course of Sabarmati River. These cities were then surrounded with the Kutch desert and were the most important part of trade centre in ancient times. In olden days, these cities were known for trading jewelleries like gems, beads and even some of the most valuable ornaments.

The City of Dead:

Being one of the oldest cities of human civilization which, of course, does not exist any longer is also known by the name of ‘The City of Dead.’ This place was one of the most prominent ones in Indus Valley Civilization and earlier was known to be a place for Red Ware culture which was related with Rig Vedic civilization. Most of the people living the city worshipped a fire god and had a simple living with trading as their prime mode of business.

Know something that was famous:

You might have seen many destinations in Ahmedabad that must be popular or when planning for your next visit while looking out for 2 star hotels in Ahmedabad, you might book it close to tourist destination. But if we talk about the city of Lothal, the massive dockyard was quite popular. It was considered to be the world’s popular place for which people from different corners of the counties made a point to visit. It was spread around 37 meters from East to West area and was known to be the best maritime architecture work that ever existed even before the Christ birth.

Reason behind it being called a Dead City:

Well, the name itself tells you that there is no human civilization in this city any more. Possible reason behind this city’s death is still unknown, but it is said that a great flood which once took place on the city might had been a reason. Other than this, some other natural calamities like storms could have also been the reason.

Located close to Saragwala village of Ahmedabad, this is one of the popular cities that you may come across. It is 6 km from the South East of the railways station of Ahmedabad-Bhavnagar. The nearest cities to it are Bagodara and Dholka, which you must visit once when you are in Ahmedabad. You may find number of popular yet reputable Ahmedabad hotels near station at great deal, but during a seasonal visit, make sure you do the booking well in advance so that convenience and transportation do not pose any problem for you. Ref- 2 star hotels in Ahmedabad 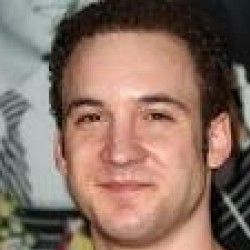 A Checklist for Practicing Yoga

Affordable Getaway Ideas for Your Next Family Vacation