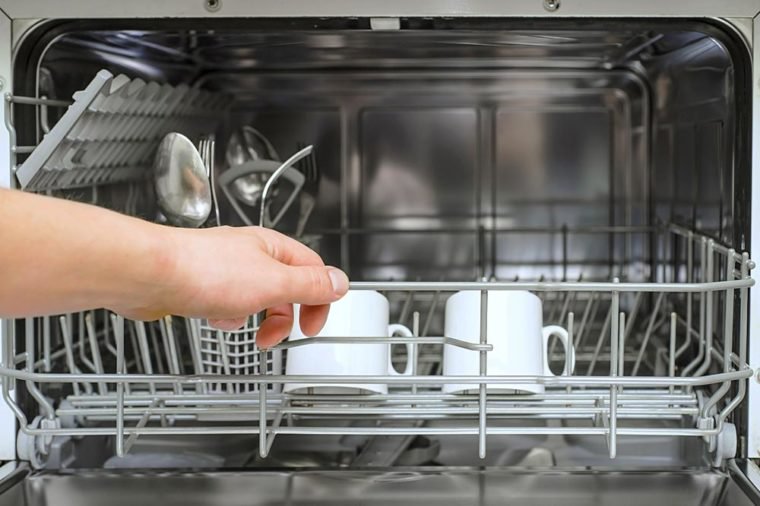 My new dishwasher is not my friend. It cleans dishes adequately and dries them no better or worse than my old machine. But I swear the thing is possessed. If I so much as brushagainst the touch controls, the machine turns itself on. After the dishwasher was installed,I needed two days and several frantic phone calls to the store where I purchased it to master the controlswhen itmysteriously self-started. I have a narrow kitchen, and when the dishwasher door is open, it’s easy for me to accidentally make contact with the ultra-sensitive control panel. While it turns on with a mere brush of my calf, it’s challenging to turn it off. I have to press the Cancel feature numerous times before it will obey my wishes. I’m pining for my dishwasher from the 1980s even though it periodically flooded my kitchen. At least that machine had levers and knobs that were user friendly.

I forgot two basic truths when I purchased this dishwasher. The first, and most important one:I should never undertake projects, large or small, when I’m recovering from illness. Years ago, after a two-week sinus infection, as I was regaining my energy, I stood on a step stool and trimmed a hanging plant, accidentally killing it with my zeal. I have numerous stories like this. So fourteen days after undergoing a splenectomy, when mythirty-plus-year-old refrigerator suddenly and completely died, I should have replaced it and left the rest of my kitchen as is. Instead, just recently off painkillers, I thought, why don’t I replace my dishwasher too, since it’s clearly on its last legs, and rip out the old trash compactor and replace it with a cabinet while I’m at it? I knew I’d be puttingin half days when I returned to work and wouldn’t need to take extra time off to let delivery people and my handyman into my condo.This thinking was delusional.

The second basic truth I chose to ignore is that all home improvements are more complicated than expected. For example, three delivery dates were scheduled when I bought a new stove, and the deliveryman was going to bail on the third one except I cried when he tried to cancel. In order to install my stove he needed to bring his girlfriend with him, for reasons I don’t remember. While he worked on the stove, I sat at my dining room table making small talk with a stranger, yearning for the process to be over. I also have several stories like this one.

The men who delivered my new refrigerator and dishwasher were over an hour late and didn’t bother to give me a courtesy call to inform me of their tardiness. They were subcontractors of the big box store where I’d purchased my new appliances, and it required four phone calls to confirm they were on their way. Once they arrived, the new dishwasher needed a longer hose than the one that came with the machine, so one of the deliverymen left to get one, causing my installation to end four hours later than the delivery window. I accidentally pressed some buttons on the dishwasher after their departure and couldn’t figure out how to void the instructions. Neither could my neighbor, who came over to help. I called the big box store for assistance, but they wanted to schedule a tutorial for me on another day. Only after I begged did they put another person on the phone, onewho could assist immediately. He figured out what I’d done wrong and instructed me on how to fix it. This guy was so nice, I wrote his boss a letter praising his customer service.

After this initial experience, I lived with the machine for a week before discovering that it sometimes flashes an error code that neither the big box store nor the manufacturer are familiar with. When that code flashes, the only way to reset the machine is to turn the breaker off and then back on. It’s a huge annoyance.

Now I’m living with a machine I don’t like. Compared to having my spleen removed, this is hardly catastrophic. But I hate the hypervigilance needed in my kitchen whenever the dishwasher door is open. To maintain good mental health, I’ve decided to reframe the problem. I lived with a special-needs cat diagnosed with four medical conditions a couple of years after I adopted him. He required a great deal of care, none of which was invasive, but all of which annoyed me. I loved my cat and managed to keep him alive for two years with feline AIDS and heart,bladder, and anxiety conditions. I’ve begun to think of my new dishwasher as a special-needs appliance. It’s not the appliance’s fault that it has a terrible design I should have paid more attention to when I purchased it. It’s not responsible for the fact that I purchased a machine two weeks after losing an organ and shortly after tapering off painkillers. It can’t be blamed for my disregard of basic truths about my life. So I’m going to try to think of it with more kindness, the way I might an ailing animal. And unlike my pets, I don’t need to love it. It only needs to work.

Significance of Carpet and Upholstery Cleaning Within the Home

Top Reasons You Need a Professional Bond Cleaning in Gold...

8 curated cafe furniture ideas that will transform your ambience!

How to do Dining Room Decor

An Essential Guide to Starting a Food Business in the...

What is the reason behind the popularity of Peanut Butter...

A Coaster That Is Stunning, Beautiful And Functional For Home...

Avoid To Be Bankrupt : Keep These Things in Mind...

How to Dress Up To Work This Winter

Significance of Carpet and Upholstery Cleaning Within the...