Top Posts
The Challenges Faced By Teachers During The COVID-19...
Gaming – Synapse to Reality
LOVE – A Common Girls’S Perspective
Art and Meditation
Work From Home:An Altered Narrative
Allegiance to Insanity
Fun Ways to Earn a Bit of Extra...
8 Cheapest countries to study abroad
Factors that Decide a Business Loan’s Interest Rate
Cannabidiol 101: How To Find The Best Quality...
Home » Sports » Richardson is getting ready to play IPL from April 15 amid the rumours of its cancellation 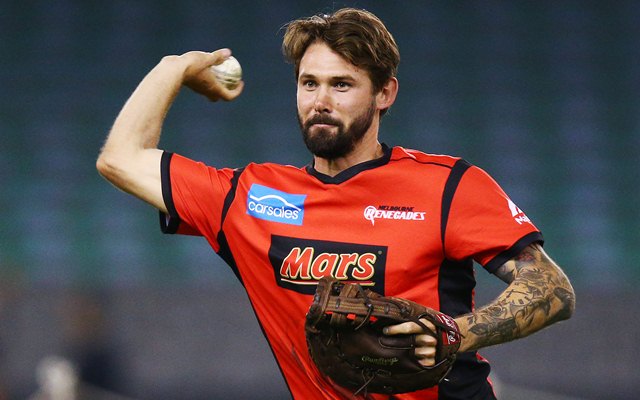 Kane Richardson said that he along with the other Australian players are waiting to hear news about the commencement of the Indian Premier League. He said that the cash-rich tournament was postponed due to pandemic coronavirus and they were not at all happy with the news. A lot of Australian players hold Individual contracts with IPL and it is postponed from March 29 to April 15. Richardson said that they are preparing themselves and are waiting to play it this time as well.

In a podcast, he explains about being quarantined himself after he had a complaint of a sore throat. He underwent the quarantine experience before the ODI of the Chappell-Hadlee Series. Moreover, it got cancelled further because of the pandemic. He also focuses on his scare of coronavirus and says that the worst part is spending hours alone in a hotel room.

The New Zealand series has also been called off when the Kiwis had to prematurely depart but he was being quarantined in a hotel room for 26 long hours. He says that he was at risk of catching coronavirus as he had travelled in the previous two weeks and he had a symptom. It was one of the reasons why he was being tested. He said that he took all of this as a joke but the team of doctors were adamant that it was not a joke.

A lot of people spoke to him over the phone to make sure that he was doing fine. He said that he was expecting not to get a positive result and thankfully he was saved by being tested negative. He was absolutely fine and so was allowed to go back to the fresh air again.