Top Posts
Women Empowerment: Change Your Mindset First
Book Review – ‘The Pride Being Different’
Why Indians love online casinos
वर्ल्ड रिकॉर्ड होल्डर संस्था ने लॉकडाउन में लांच...
Tips and Strategies to Crack CAT 2020, check...
How to Save Money and Still Follow Trends
NEPOTISM/TREATMENT OF PREFERENCE IN THE WORLD OF RISING...
Episode 5- On her Command..
EPISODE 4- ON HER COMMAND..
Redefining Pedagogy For Schools After The Lock down
Home » Your Story » Thoughts have a heart By Orbindu Ganga

Wondered why the thoughts try to escape from our minds when we try to remember them? Why they show us, sweetness, before ignoring us? Why thoughts smile at us to leave us alone? Thoughts are on a journey to mesmerize and allure us. They give us many beautiful imaginations and leave you in a magical world only to take those thoughts away. The beauty of any form is the moment when we appreciate it. As we see it more often, the charm is lost. Thoughts love to be loved forever. They rarely are in a state to be absorbed. They flow to be observed and remain edged in one’s mind. They easily leave behind the traces not to be attached. They are prone to get detached to be attached forever.

Thoughts are the waves, giving you vivid dreams to disappear when they reach the shore. They form loops at will never to be engaged in a trance with another but are in synergy to be evolved with one another. Some are huge hiding the horizon while others show the beautiful auburn disappearing in the sky. The sounds are beautiful as they bring in silence along with them. They form absolute delightful combinations of silence and music. Nature’s music is soothing as she gushes from the loop to make a fall to move in silence. The firmament is draped in the background to see the visual treat. Thoughts give us a visual treat with a painted firmament of life.

The morning mist explores the beauty of nature in its tranquillity to let the thoughts flow in tandem capturing many hearts. Having a heart with short-lived subtleness, the thought meander and whisper in many hearts. Attars sliced to spray as the thought shivers within to get engulfed in the joy. Heart of thought is smelled as they ricochet with the others in dew. The dew is adsorbed as the thoughts walk along with one another in synergy. The morning raga is waiting for the connoisseur to presume the soothing piece. Letting the hazed ambience to be filled with the melody of conscientiousness.

Forming a caricature of a delighted auburn smiling at twilight sways the thought with the breeze. The colours are making a way for the bright to litmus into a lighter shade. Camouflage was surrounded in the wave to set a tone smudged with others to draft the space around the grey. Drifting away from the shore towards the firmament, the thoughts capture the sinking light. The music is pristine as she silently cleaves her baritone to be heard with a slow melody. Opening the curtain for the dark shades, the thoughts draw sprinklers to twinkle in the firmament.

Thoughts painted a beautiful Luna surrounded by fireflies. With many geometries, fireflies formed the astral constellations to be evinced in the canvas. With no colours to exhibit the expression of life, she became esoteric for ages. To be lived again with many eyes seeing a shade not to be seen in open, her creation brought life to the chiaroscuro. Far away from us, they remained staid to blink more. Thoughts captured Luna to change its form, only to disappear at a while. The beauty of her crescent entices the thought to remain static only to see her change again.

To make all fall along with thoughts in hibernation and aestivation, they stay for a season to keep others’ hearts to melt in cream. The longer the season extends, the greater is the bliss imbibed by the thoughts. Claustrophobia made her submission to be with the seasons. The leaf shall bloom into a feuillemort with the seasons to ripe. Flying away from the wind to kiss the dust and to form the foliage. Being within the dust the thought of being the mother nature satisfy the heart of a leaf to be born again. The vicious circle has a thought to begin from where the loci have ended. The thought to see the world afresh in continuation from the end is a point of rejuvenation.

The heart can feel the slices of life imbued by the thoughts to splash the colours along with the wings. Thoughts have the heart to drizzle the love and mizzle the care in an empty soul. Smiling sans words and adoring sans expressions.

Orbindu Ganga is an Indian post-graduate in science and the first recipient of Dr. Mitra Augustine gold medal for academic excellence. He worked in financial, banking and publishing domains. He proved his finesse as a Soft Skills Trainer and Content Account Manager (Client Relationship Manager).

He is known by his pen name in the poetic world as Orlando Blake. Orbindu Ganga is a multilingual poet, author, critic, content writer, painter, and spiritual healer.

Poetry has been his first love. He has been the featured poet in the November edition of “The Year of Poet VI” – The poetry posse 2019 for the poems – “Alone in the garden”, “Scary eyes” and “Dilapidated edifice” published by Inner Child Press International Publication (United States of America).

His poems have been published in international publications like SIPAY Literary Journal  (Seychelles) – “Revered the silence” and “Humanity in nature’s cry: Kerala Flood”, Teesta Review: A Journal of poetry (India) – “Touching edifices” and “Mendicant”, Sahitya Anand (India) – “Time to awake”, “Shards of glass”, “Perpetuity in backwaters” and “It rained like never before”, Spillwords Press (United Kingdom) “My smiling assassin”, “Premonition”, “Metamorphosed”, “Ricocheting the self”, “Phrontistery”, “Aurora splashes”, “Searching him”, “Her creation” and “Flowing ink”, SETU (United States of America), OPA – “Living with her memories”, Atunis (Albania) – “A way to snowfondland”, “Silence after the commotion and “My snobbish little bridge”, Winamop (United Kingdom) – “Ashes”, “Touch me not”, “My snout-fair snow”, “Walking in the snow”, “Being forlorn in autumn”, “Serendipity”, “Starry Night” and “Tears”, Cultural Reverence (India) – “A clarion call for synergy” & Poetry of Spring’s Embrace (United States of America) – 44 poems.

His poems have been published in anthologies like VASUDHA 2 – “Selfless”, RAINDROPS OF LOVE, HEARTISTRY – “She” and “Love being floored”, MOONLIGHT, POEMS FROM 30 BEST POETS – “Knowing me”, “Journey to heart” and “Hide & Seek” and MEDLEY OF MELODIES – “Cleanse me”. His poetry featured in an international anthology “WORLD FOR PEACE” by World Institute for Peace (WIP). His poetry featured among the 42 poets around the world in the yearly anthology WHISPERS OF SOFTLAY: Yearly Anthology of poetry. He has published his oeuvre “Where is my daughter ?” on dementia in the book TRIALS AND TRIBULATIONS WITH DEMENTIA. His three poems – “Playing around”, “Eternal love” and “Princess” are published in the anthology “HARMONIOUS SYMPHONIES” by Soulitaire.

He has two research papers published in the journal – Thar Multidiscipline Journal (A spiritual insight: A study on Rudyard Kipling’s poem “IF”) and a book – The Poetry of Vihang A. Naik (New Literary Dimensions) – Quest for peace and Hope: A study of Vihang A. Naik’s Poetry Manifesto (New & Selected Poems). He has reviewed a book – Reneging Quiescence by Dr. Samiha Zubair. 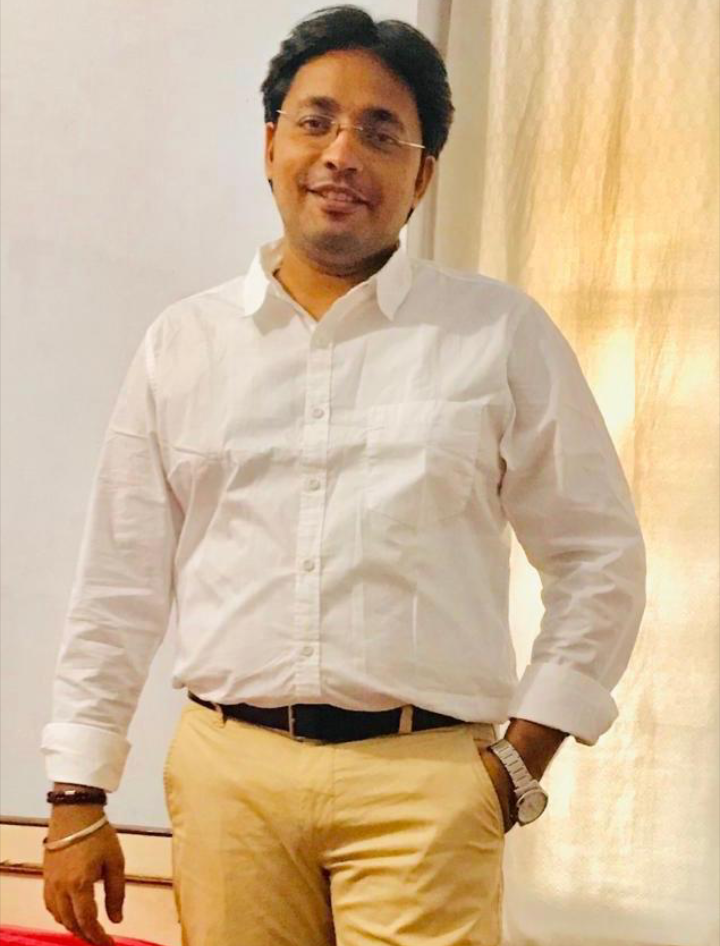