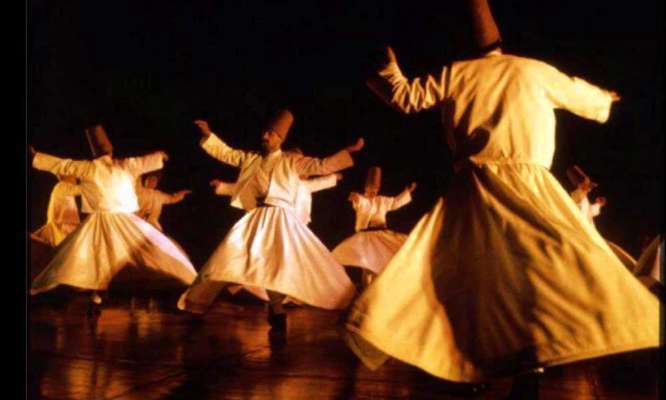 Everyone knows Rahat Ali Khan, many know Nusrat Fateh Ali Khan, few know Abida Parveen and hardly anyone knows Amir Khusro. One thing common between all of them is that they are Sufi Singers and Musicians.

Sufi Music has gained swift and overwhelming popularity in recent times, with bollywood songs inspired by Sufi music topping charts and Sufi Nights a must have on the weekly itinerary of Pubs and Lounge.

Sufism is the mystical dimension of Islam. Sufism is about beliefs and practices in which a person seeks to find the truth of divine love and knowledge through direct personal experience of God.

Sufi music is the devotional music of the Sufis. This genre of music is generally meant for expression of devotion to God, but it also can be a way to enhance the connection between the physical and spiritual aspects of the listener or performer. Sufi music seeks to unite listeners with the Divine. The pain of separation from the creator is at the core of Sufi lyrics and music.

Some of the most popular Sufi poets and musicians of bygone era are Rumi, Hafiz, Bulleh Shah, Amir Khusro, Khwaja Ghulam Farid, etc. There are various forms of Sufi music but the one that got immensely popular in Indian sub-continent is “Qawwali”. Qawwali is said to be more than 700 years old and was earlier sung at Sufi shrines and dargahs. However, later it was also performed for entertainment of general public.

Sufi music is however originally reserved for Sufi ceremonies like “Sama”. “Sama” is popularly associated with the image of “whirling dervish”. Sufi music is often highly syncopated and hypnotic and puts the performer and listener in a state of trance.

In popular culture, during the golden era of bollywood music, Qawwali was a must have in movies. “Barsat ki Raat” and “Bahu Begum” being glittering examples. The renaissance of Sufi music has seen several individuals and groups coming into limelight including some youngsters led by Warsi brothers, Wadali brothers, Nooran sisters, Atif Aslam, Kailash Kher, etc.

Some of the recent popular bollywood songs inspired by Sufi music are:

The writer is an Author, Business Consultant and Startup Enthusiast. Writes short stories and articles on various subjects. His forthcoming book is a compilation of short stories inspired by real life characters and incidents.

Age is merely a Number & Shubhi Agarwal Proves that...

How to Impress Her with Date Night Look