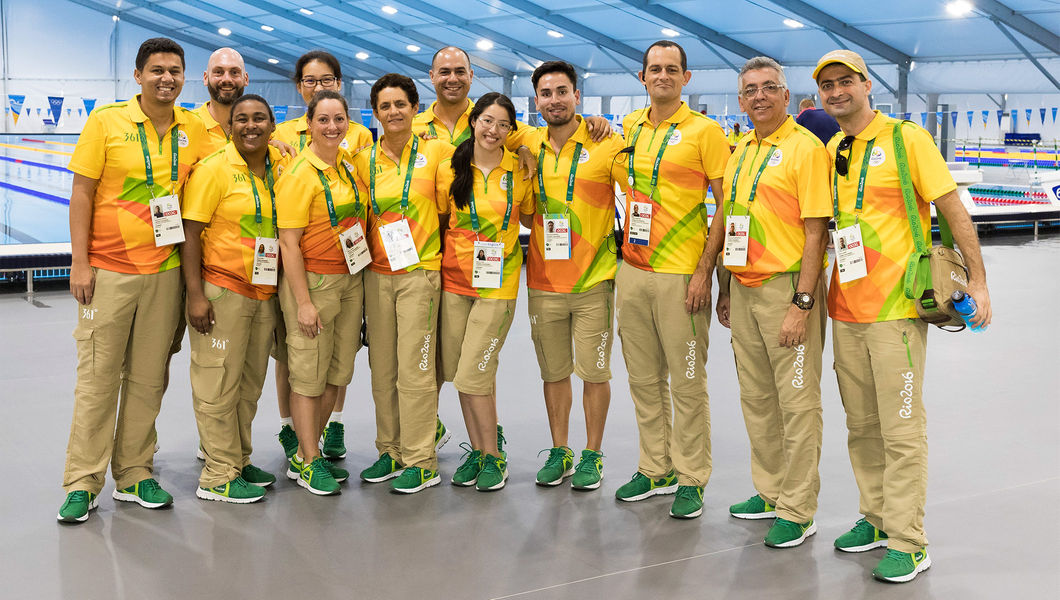 VOLUNTEERS SET TO MAKE THEIR MARK AT RIO 2016

WHEN ROSEMARY MARINHO FOUND OUT THAT THE OLYMPIC GAMES WERE GOING TO BE STAGED IN SOUTH AMERICA FOR THE FIRST TIME, SHE WAS DETERMINED TO TAKE PART.

The 56-year-old grandmother, who lives 1,400 miles north of Rio in São Luís, Maranhão, was quick to register as a volunteer and has since travelled to the Olympic host city, where she is working at the Uniform and Accreditation Centre (UAC). “It’s a very big event, it never happened before in Latin America, and given my age, the probability is I won’t see another Olympics in my country,” Rosemary says. “I want a story to tell my grandchildren.”

Rosemary is one of 50,000 volunteers who are helping to make the Rio Games possible, and in her role at the UAC, she has had the chance to meet many of her fellow volunteers. Based at the “Cidade do Samba”, where Rio’s famous Carnival floats are built, around 3,000 people a day are being kitted out with their uniform and accreditation kits; a figure that will rise to 5,000 a day in the week before the Opening Ceremony. “The quantity of people you meet, the experiences that you get, getting to know people from other countries and even Brazilians from other states, it’s all been really, really good,” Rosemary enthuses. “I’ve made a lot of friends. It’s tiring but it’s enjoyable.”

Volunteering in a sporting event for the first time, Rosemary says the best part was being well received by the team in Rio and meeting new people of all generations and all backgrounds. Rosemary is staying with her sister, who lives in Rio, and who is also playing host to a Bolivian student who is volunteering at the Games. “Everyone is really excited,” adds Rosemary. “I hope that by the end of the Games, the world will have a different vision of Brazil and especially Rio de Janeiro.”

While the majority of the Rio 2016 volunteers are Brazilian, there are also hundreds who have been selected from across the world – from the UK and France to Sri Lanka. And there are also refugees, who have settled in Brazil, who are giving up their time to be part of the volunteer team. Prisca Mbamu, 28, was a journalist in the Democratic Republic of Congo before fleeing the conflict in her country in 2013. Now a hairdresser in Rio, Prisca is working as a journalist during Rio 2016 and is one of 38 refugees or asylum seekers taking part in the volunteer programme as part of a joint initiative with the UN’s Refugee Agency and their Brazilian partners Caritas.

“The Olympics is a big event and everyone wants to take part,” she says. “I wanted to thank Brazil for all it has done for me and do this work.” Prisca says she hopes to meet some of the athletes from Congo during her work and says she is taking advantage of everything in Brazil that she missed out on in her own country. “My dad used to say to me: you need money, but if you have an opportunity to grow, you have to take it,” she adds. Ref- olympic.org News

Hrithik Roshan: Even I am Biggest Fan of Dipa Karmarkar

Apurvi and Ayonika out of 10m women air rifle competition.

Hrithik Roshan: Even I am Biggest Fan of...