Development has been the foremost cry of the Northeast and has received abundant attention over many decades the reasons for which are numerous. The series of development and its bearing on the people of the region have been recurrent theme in the consideration of the government, non-governmental organizations and professionals. North East (N.E) of India, popularly known as N.E., comprises of the eight States of Arunachal Pradesh, Assam, Manipur, Meghalaya, Mizoram, Nagaland, Tripura and Sikkim. N.E. shares the International boundaries of India with China to the North, Bangladesh to the South-West, Bhutan and Nepal to the North-West and Myanmar to the East. The word Assam is derived from the Sanskrit word ‘Asom’ meaning peerless.

Nestled in the heart of India’s North-East region, the international border of the region runs in a manner which leaves only a narrow strip in the sub-montane region of the Himalayas as that opens out to the Indian mainland. Assam connects the entire Northeast to the mainland India and a potential trade link for the neighboring countries of Myanmar, China, Bangladesh, Nepal and Bhutan. The Tinsukia district is an important revenue earning district in the north eastern part of the country. The district headquarter is located at Tinsukia.

The district occupies an area of 3790 km² and has a population of 1,316,948 (as of 2011 Census). The Tinsukia district is divided into three Sub-Divisions which are Sadiya, Tinsukia and Margherita (Sadar). The whole Tinsukia District has tremendous potential for development of tourism industry. The strength of this region lies in the product quality which can create a unique experience that most of the tourists look for.

It is a combination of all types of tourist interest. Let discuss some of the prominent sites & products from tourism point of view:

Coal is a flammable black hard rock used as a solid fossil fuel. It is mainly made up of 65-95% carbon and also contains hydrogen, sulphur, oxygen and nitrogen and also dead plants animals and may contain human coal turns hard and shiny after hundreds and thousands of years. The coal mining industry in Assam was a logical conclusion of the investment in plantations and oil sectors. In Tinsukia, Tipong underground coal mine is located very near the border with Arunachal Pradesh. It has been operated by North-Eastern Coalfields division of Coal India Ltd., and is one of the several operational underground and opencast Collieries in the Makum Coalfields, which was first commercialized by the Assam Railways and Trading Company in 1880’s.

In 1881, railway first came to Assam when Assam Railway and Trading Company set up metre gauge track. The 65 km long metre track from Dibrugarh to Margherita was constructed mainly for transportation of tea and coal.  The Lekhapani Railway Station played a pivotal road during the movement of the Allied Armed forces during the Japanese blockade in the World War II.

Tea produced by Singphos tea growers of Margherita Sub-Division in the Tinsukia district of the State had gain immense support and response in the International market. Traditionally hand processed Singpho tea is being widely available in the leading international shops in the brand name of ‘Phalap’ (tea is known as phalap in Singpho language). The Singpho community produces ‘Phalap’ by adopting traditional method.

Makum Fort was built by David Reid, a Royal Army, in the middle part of the 19th century. It is situated north of Buridehing River. Later, this place was known as Makum Killa. The main objective to build this fort is that the Nagas from the south of Buridehing River often reached that place and oppressed (disturbance) the people of this area. To resist or check the Nagas, this fort was built on bricks.

The airfield was located at the Railhead for the Ledo Road and was also used as one of the main supply points for “the Hump” transport route to Allied forces in China. It was the home of the C-46 Commandos of the 443rd Troop Carrier Group and the Air Transport Command India-China Wing 1st Air Cargo Resupply Squadron. The airfield was used by transport units until the end of January 1946 when it closed. From historical record, it is said that Ledo Airstrip is one of the oldest Airfields which was frequently used during the Second World War (1939-45). It is now abandoned, having been destroyed by the 1950 Assam–Tibet earthquake. Initiatives are on to make it workable again.

There are few War Cemeteries in the Tinsukia District of Assam and few are located in the border areas of Arunachal Pradesh. Digboi War Cemetery which was started for burials from the hospital and at the end of the war contained 70 burials. Later, the Army Graves Service brought in further graves from burial grounds in Panitola, Jorhat, Margherita, Tinsukia and Ledo, where permanent maintenance could not be assured, and one from the US Military Cemetery at Shingvuoiyang in Burma.

The historic Stilwell’s Road, which was constructed by the Americans during the Second World War from Ledo in Assam, India, which is one of the rail-heads of the Bengal-Assam railway in the valley of the Upper Brahmaputra during that time, to Burma Road connecting to Kunming, China passes through Lekhapani, Jagun, Jairampur, Nampong and Pangsau pass, India-Burma (Myanmar) border. It crosses the broad bowl of the Upper Chindwin, threads the Hukawng and Mogaung valleys, and goes down to Bhamo and to the Burma Road which connects Kunming, Yunnan province, China. The Ledo Road (from Ledo, Assam, India to Kunming, Yunnan, China) which was built during World War II so that the Western Allies could supply the Chinese as an alternative to the Burma Road (which had been cut by the Japanese in 1942). It was renamed the Stilwell Road, after General Joseph Stilwell of the U.S. Army, in early 1945 at the suggestion of Chiang Kai-shek. It passes through the Burmese towns of Shingbwiyang, Myitkyina and Bhamo in Kachin state.

Tourism industry is a growing industry with great potentiality to generate employment, which has been a burning question for North East India. It has also been seen that over the years tourists are becoming more experienced and sophisticated in their travel habits and prefer quality attractions, facilities and services to have good value for money in their travel expenditure. Without adequate cross border connectivity, it is very difficult for north eastern India to development a sustainable tourism sector. The security dimension in north east of India has had a dampening effect on infrastructure projects and they are facing delay due to political, security and financial problems. Because of the security reason the infrastructure projects in the region is only undertaken by the government, in order to attract funds from the private sectors, the peace and order condition in the region need to be ensured. 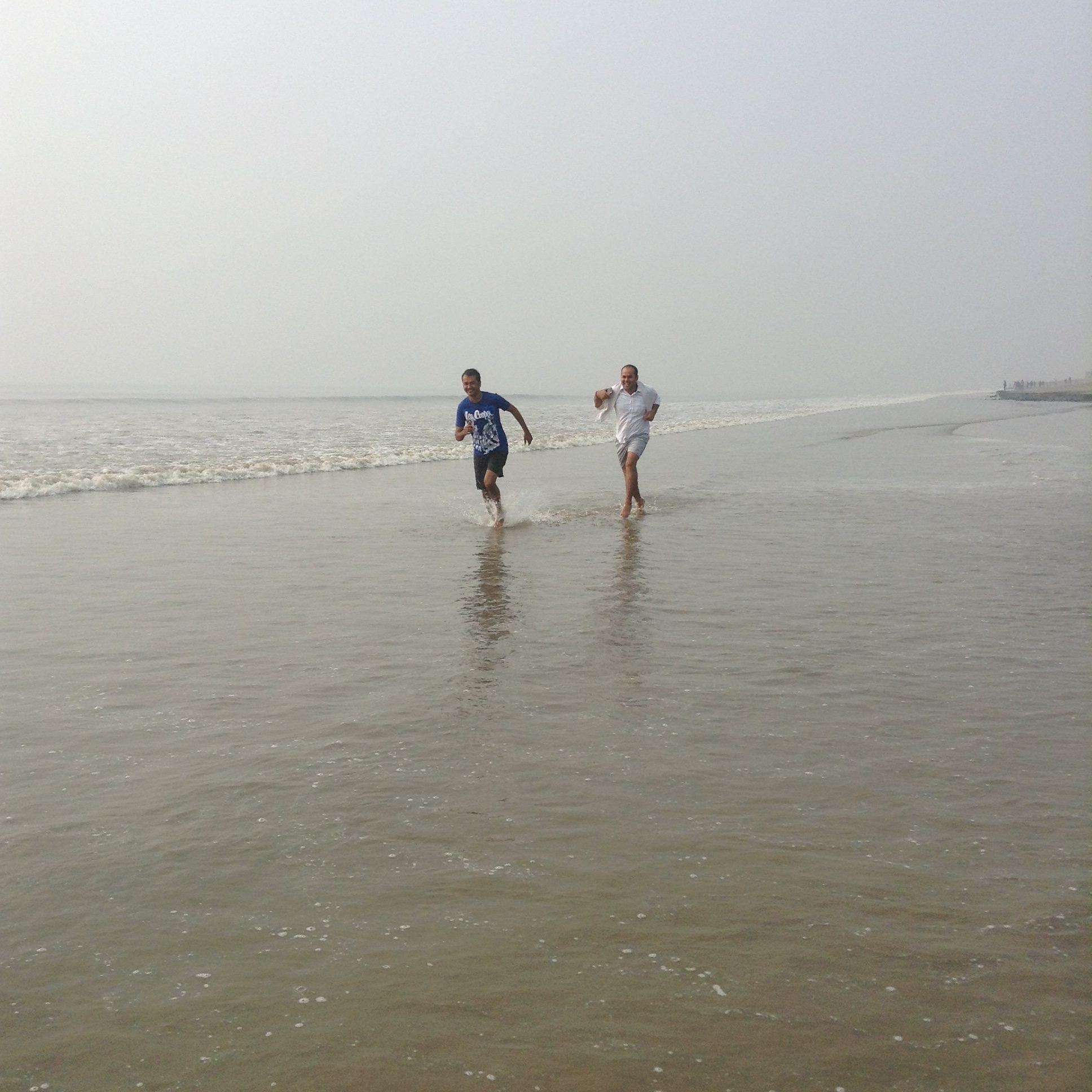 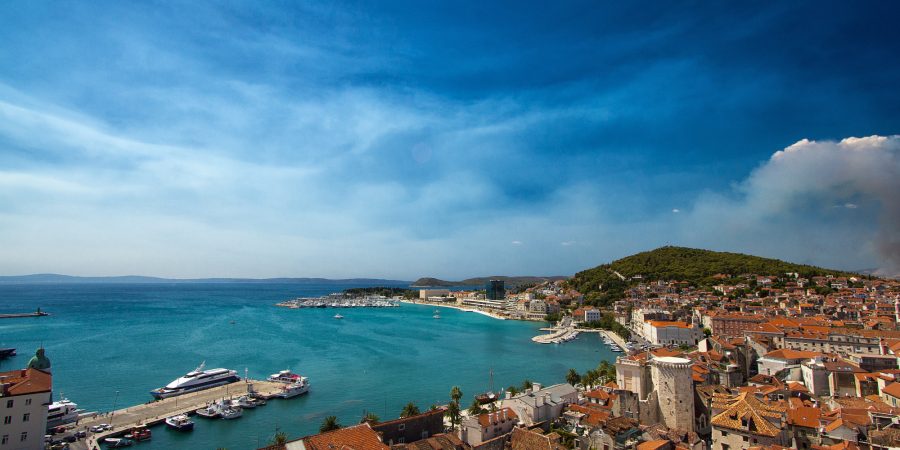 Learn About The Most Impressive Places To Visit In Croatia 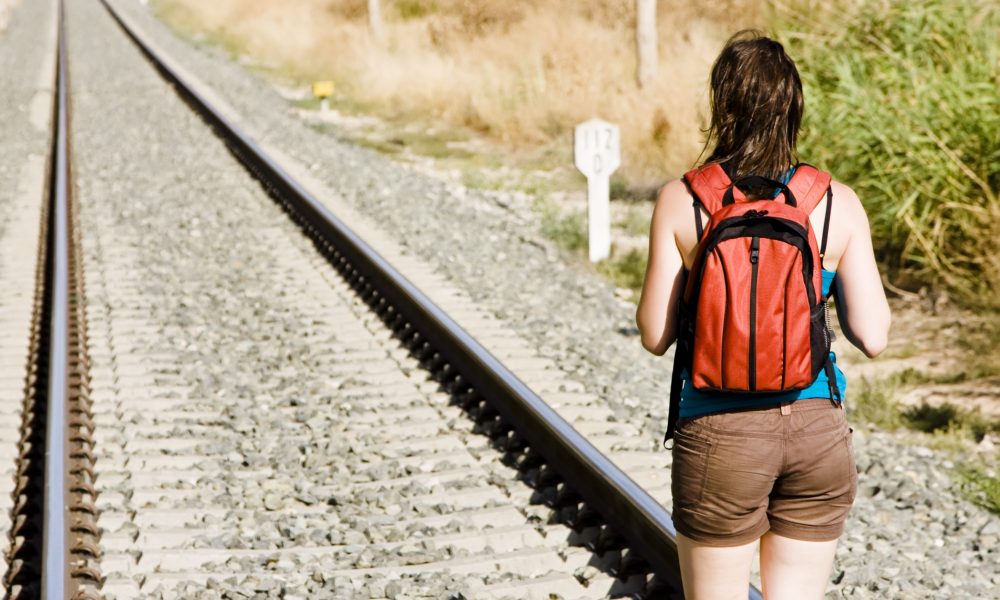 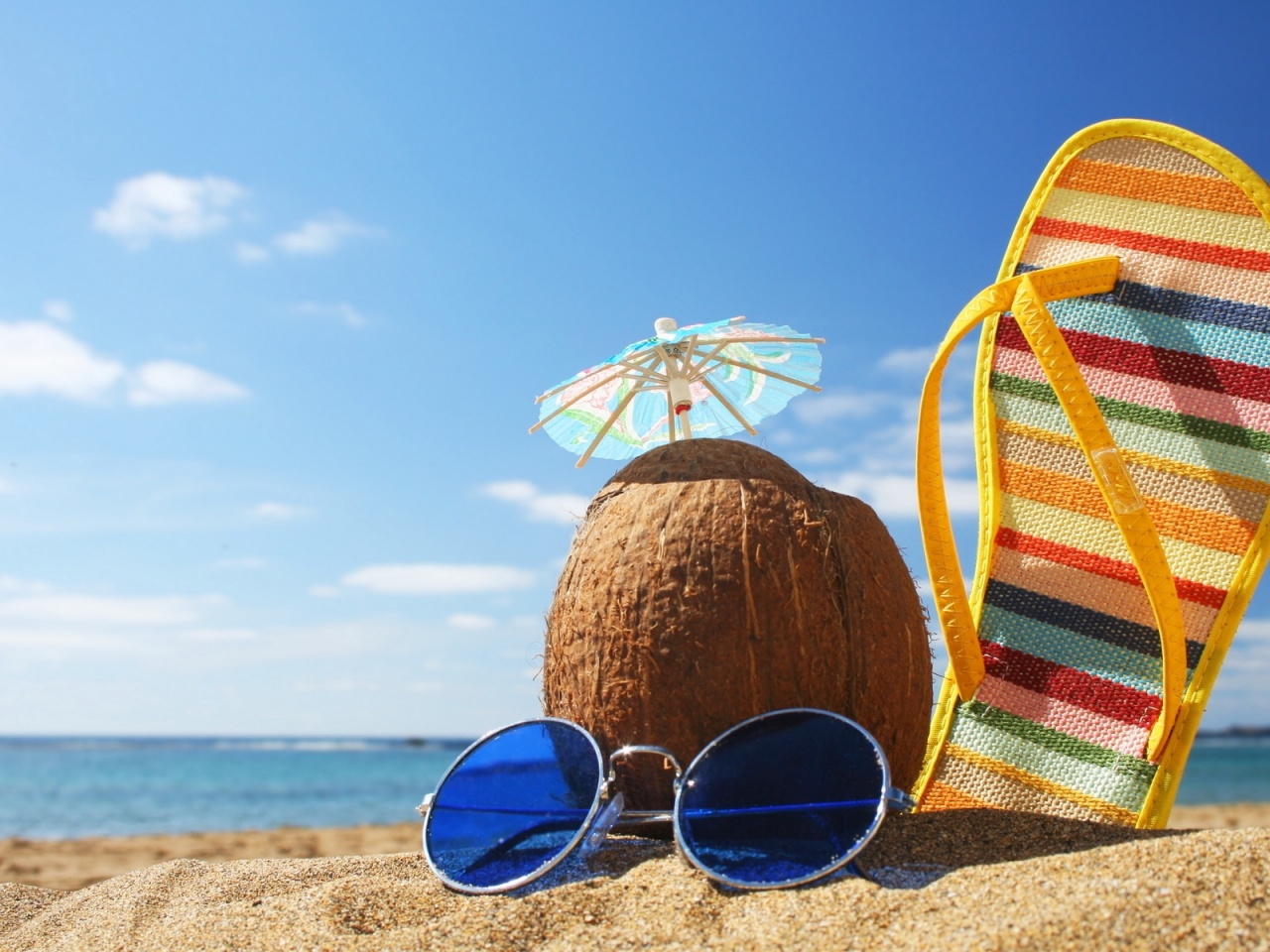 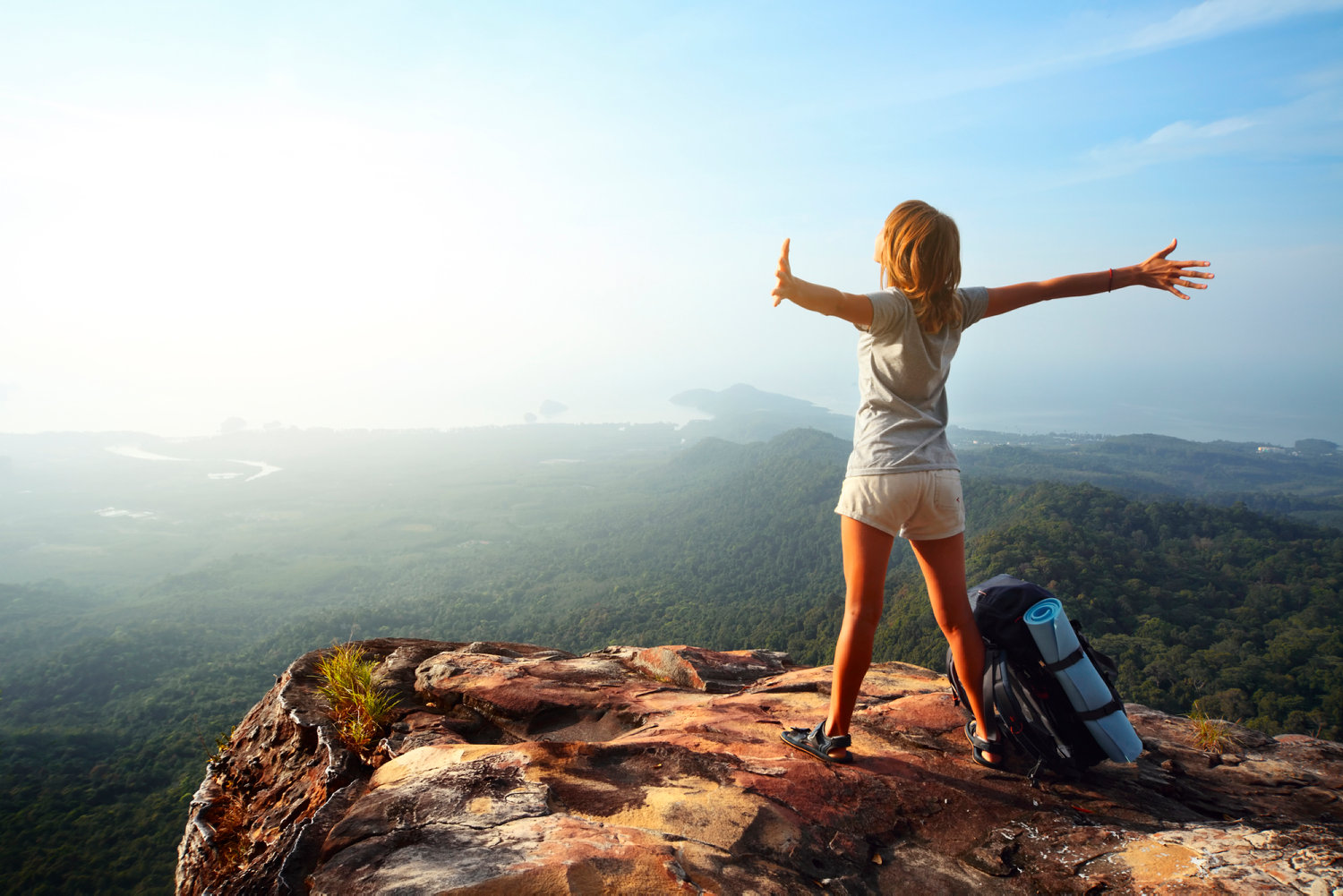 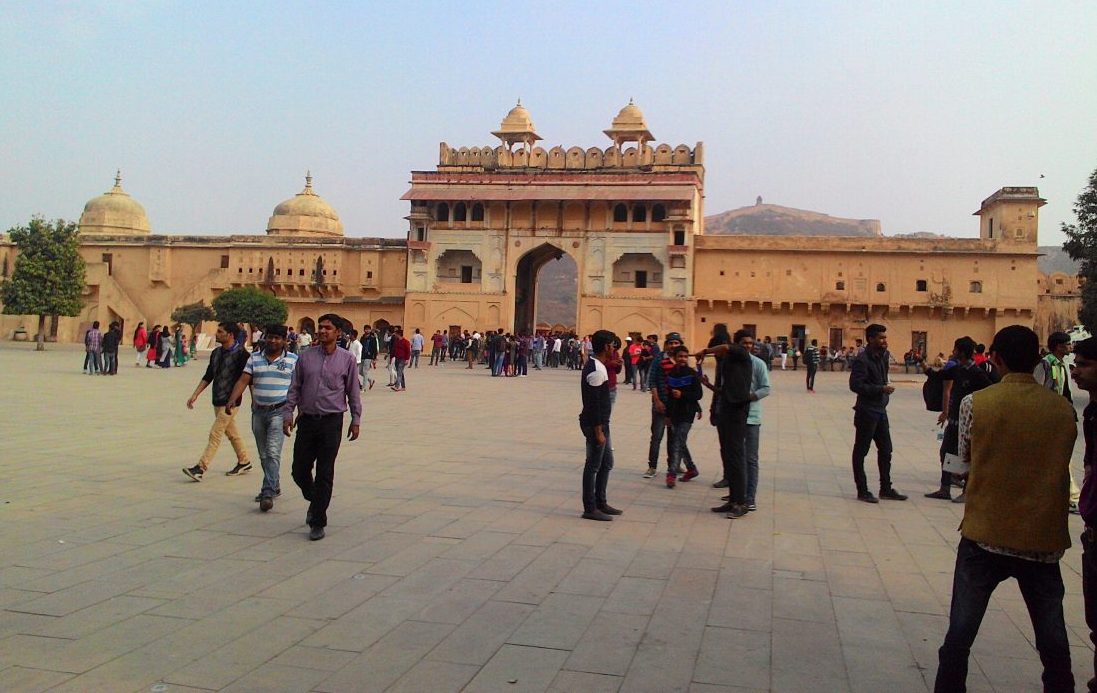