Top Posts
STYLE BEAATS Get Together By Shalini Bhatia at...
Tips for new sports bettors
How to Live Stream Football for Free in...
Is Mobile Trading Platform Safe?
GetInsta Review & key features
HUDBA LOUNGE & BAR, Delhiites will get hangover...
Online sports betting guide to the Indian player
The Grand Release of EMOTIONS – An International...
Miss & Mrs Saree Queen 2021, Glamour By...
Hangover Nights Sahil’s party in CAFE HIGH-5 CONNAUGHT...
Home » TRAVEL » Take A Look At Some Of The Famous Monuments In Jammu
TRAVEL

Take A Look At Some Of The Famous Monuments In Jammu 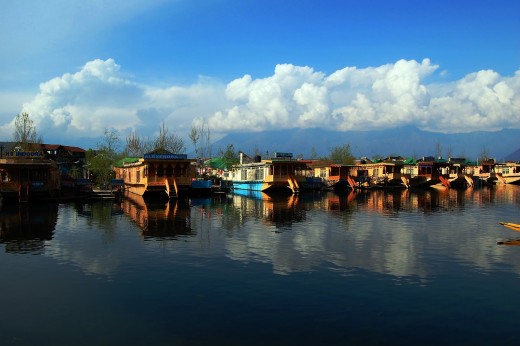 Mubarak Mandi Palace – One of the most famous palaces in the state of Jammu and Kashmir, this majestic structure was constructed during the Dogra dynasty regime. The palace took more than 150 years to complete and served as the royal residence to the members of the royal family. It continued to serve as the royal residence until 1925 when the construction of Hari Niwas Palace got over and the family shifted to their new home. Today, a larger part of the palace lies in a ruined state, nonetheless still magnificent. The palace showcases a typical European, Rajasthani and Mughal style of architecture and consists of several courtyards, shrines and smaller palaces like Pink Palace, Hawa Mahal, Rani Charak Palace, Toshkhana Palace and Sheesh Mahal. You can find several Delhi, Chandigarh, Chennai and Mumbai to Jammu flight to reach the destination.

Amar Mahal Palace – An astounding remembrance of Kashmir’s rich cultural past, the Amar Mahal Palace was constructed by Maharaja Amar Singh in the 19th century. The mahal is constructed in a similar format to that of a French Chateau. There are French styled windows and large statues hanging from the balconies which would also remind you of a Greek monument. Apart from its architecture, the other brilliant thing about the palace is its location. The palace beautifully sits on the banks of Tawi river and you can enjoy a fantastic panoramic view of the snow capped ranges.

Bhimgarh Fort – The Bhimgarh Fort is also known as the Reasi Fort. Reasi is actually a small village lying towards the northwest direction from the Jammu district. The palace served as a hideout for the royal family of Dogra dynasty during emergent situations during the medieval era. During the beginning of the 20th century, the fort came under the control of Maharaja Gulab Singh, who undertook its renovation. It took more than 30 years to rebuild it. The maharaja made sure it couldn’t be penetrated and thus spend a lot in making it rock solid using the Baluka stones. The entrance to the fort has a huge statues of Mahakali and Hanuman, the deities of destruction and power. The successors of Maharaja Gulab Singh also constructed an armory within the fort, which unfortunately fell in the hands of British during the initial foreign invasion.

Bahu Fort – The Bahu Fort is amongst the oldest fortifications built in the Himalayan region. A Rajput king, Bahu Lochan is credited with the establishment of this fort about 3000 years ago. The fort is situated on the left banks of the Tawi river and offers a panoramic view of the region. After the Dogra kings took control of the region, the fort went under several rounds of renovation. There’s also a Bahu temple situated within the fort complex, dedicated to Goddess Kali. There’s also a fair held in the fort known as the Bahu Mela and attracts thousands of devotees and tourists, making it a famous attraction in Jammu tourism.