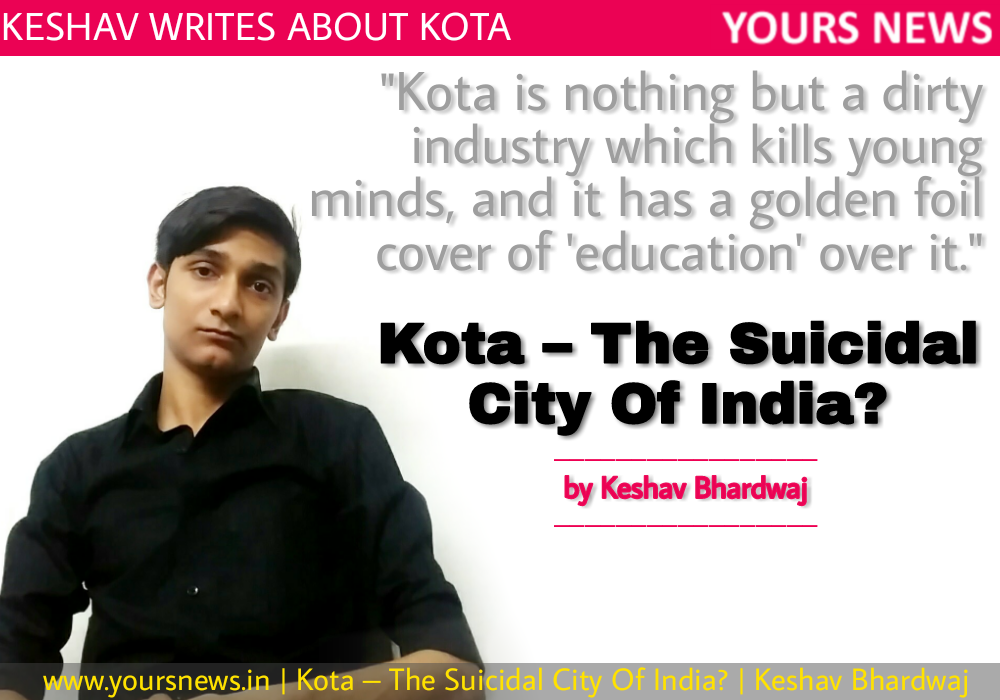 Kota – The Suicidal City Of India?

Fortunately or unfortunately, (Keshav) I am in Kota. Kota is a developing city located in the south eastern part of India’s largest state – Rajasthan.

Students from the nation (mostly North India) come here to prepare for the two national examinations of India (JEE & AIPMT), succeeding which they become the national professionals of India (Engineers & Doctors).

Kota can be said the suicidal city of India because this is the place where most students commit suicide. Either failure or fear of failure makes them to commit the biggest mistake of their life. So, are the students coward or are they not mature enough to handle the pressure. No, students are not coward because they have faced their board examinations result. They are mature enough too, they have been living in a city for 2 years that tests them every second. So what makes them to commit suicide? Read on to know.

I recently attended an orientation program of a reputed coaching institute in Kota, and it was a lot fun there to see parents more active than students. The orientation program was for students and parents could MAY attend. There were more guardians than students in the hall, guardians were answering every question very actively which was thrown to students. Luckily, I was alone there.

More active participation of parents gave me a clear image of the situation. Only 10% students are here those want be crack IIT JEE / AIPMT, rest 90% are those who are here to fulfill the dreams of their parents or family members.

Kota doesn’t only changes your academic behavior but also your social behavior. Students become more selfish and reserved, what they care about is just books and notes. Teachers are here treated as god, they deserve it. They are never late and never absent, they often teach you 110min instead of 90min classes.

More than 50% student suicides in the nation is contributed by this very city. So what makes it so suicidal?

● Disconnection from the social or outer world.

As I mentioned earlier, students become more reserved which disconnects them from the social world. It is because of the social world that we are breathing today. Parents, Family Members and friends help you to realise the real you, but when you disconnect yourself, there is no one to share affection with you when you start hating yourself and ultimately you suicide.

Students are given heavy loads of Homework with a specific deadline which normally has a single day in it. This leads to stressful mind.

In class 12th, students are categorized on the basis of a or two merit examinations, the best batch is given the best set of faculty and the institute starts focusing on that group only. The rest are filled with feeling of negligence.

Even in batches, good students are made to sit in the first row seats, so that they can utilize the teacher, while the remaining become backbenchers. This causes humiliation in classes.

Tests are organized periodically whose results are published publicly, students with good marks often crack jokes on those with poor marks. This causes a sense of hatred feeling towards themselves.

Lack of right guidance, emotional counselling leads students to a darkness from where they never return.

Every year more than 30 students commit suicide in Kota, or credit of each year loss of 30+ brightest minds of India goes to Kota, all this happens due to the points I mentioned earlier. In year 2014 the city witnessed 61% increase in suicides.

This annual suicide can be prevented if taken care of the previous points. District administration does nothing except making plans. Even Rajasthan High Court has taken up this matter, but at ground level the stats remain same.

Kota is nothing but a dirty industry which kills young minds, and it has a golden foil cover of ‘education’ over it.

So you have read the article, share it with your friends.  Ref – Keshav’s Views 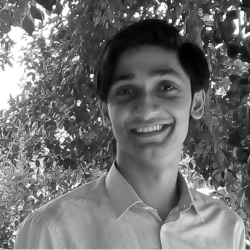 The 6 Pack Momos- A Revolutionary Attempt To Make The Momo Lovers Happy By Making 10,000 Momos Per Hour

Editor in Chief of Yoursnews has been honoured with Suryagaurav...

Four different types of voice over jobs available in the...

Editor in Chief of Yoursnews has been honoured...