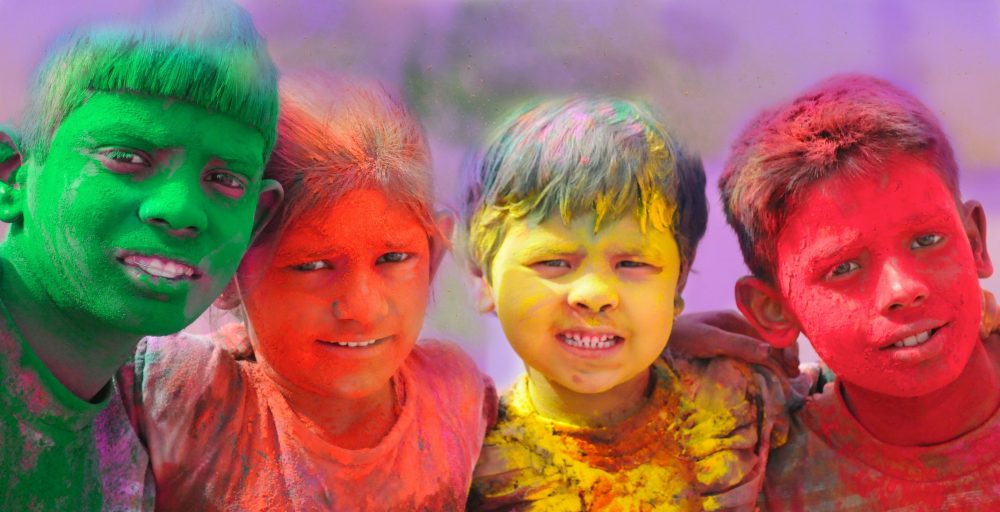 Today again time to celebrate Holi. And its not only a festival, Its a time to Love. I remember those childhood days and what to celebrate like same.

We may love getting high on ‘bhang’ , Drink,  on every Holi now, but the innocence of celebrating the Holi as kids can never really be forgotten. I wish to, its possible to go back in childhood time and play Holi just like we did as little kids. I want people celebrate holi like memories from our childhood we can never forget!

Some Points I want to remember

1. We just wait for the march, and Come March and we could literally smell the festivity in the air, in dreams. we started with Shops sprawled out on the streets with Holi celebration gift, choose multi colours, water balloons and, different water guns.

2. It was not only for one-day affair, We started around two, three week in advance and the whole locality lived under the delight ful terror of being attacked by the notorious kids armed with water balloons.

3. Our Plans were made the night before and the excitement made it impossible to sleep, and do other work. And still, we woke up in the morning and collect water balloons, stocking them up in tubs and buckets and make different colors, trying our best to not waste even one balloons, Whater, colors . It literally hurt when you found most balloons in those packets to be defective, or just useless.

5. All Neighbours, Relatives, and family friends kickstarted the day by visiting each other, make colorful each other, though the way they wished each other was just too unbelievably civil as compared to how we kids celebrated it!

6. Holi celebration was no less than a war; We could be shot down by a water balloon if you stepped out in your balcony even for a second.

7. We all had that one friend who had a huge courtyard or a terrace where everybody gathered to play Holi. and also we visit each other house to collect all friends.

8. We start with Holi songs, and for this thanks to Bollywood, we had new Holi songs each year. Songs, food, unlimited supply of water – what else could we have asked for!

9. In evening, all family members, friends get togahter for fun. Not only with color, we do dance on mixed songs. spray colours on others, dance, party; eat festival delicacies.

10. We also played holi with dirty waters, when we used it for other friends, thats make happy to all.

Now We need to know about Holi in India.

Thus, Holi derives its name from Holika. And, is celebrated as a festival of victory of good over evil.

Holi is also celebrated as the triumph of a devotee. As the legend depicts that anybody, howsoever strong, cannot harm a true devotee.

Holi is an important spring festival for Hindus, a national holiday in India, a regional holiday in Nepal and other countries also started this celebration. To many Hindus and some non-Hindus does not matter, it is a playful cultural event and an excuse to throw coloured water at friends or strangers in jest. It is therefore observed broadly in the Indian subcontinent. Holi is celebrated at the end of winter in March, on the last full moon day of the Hindu luni-solar calendar month marking the spring, making the date vary with the lunar cycle. The date falls typically in March, but sometimes late February of the Gregorian calendar.

The festival has many purposes; most prominently, it celebrates the beginning of Spring. In 17th century literature, it was identified as a festival that celebrated agriculture, commemorated good spring harvests and the fertile land. Hindus believe it is a time of enjoying spring’s abundant colours and saying farewell to winter. To many Hindus, Holi festivities mark the beginning of the new year as well as an occasion to reset and renew ruptured relationships, end conflicts and rid themselves of accumulated emotional impurities from the past.

It also has a religious purpose, symbolically signified by the legend of Holika. The night before Holi, bonfires are lit in a ceremony known as Holika Dahan (burning of Holika) or Little Holi. People gather near fires, sing and dance. The next day, Holi, also known as Dhuli in Sanskrit, or Dhulheti, Dhulandi or Dhulendi, is celebrated.

Children and youth spray coloured powder solutions (gulal) at each other, laugh and celebrate, while adults smear dry coloured powder (abir) on each other’s faces. Visitors to homes are first teased with colours, then served with Holi delicacies (such as puranpoli, dahi-bada and gujia), desserts and drinks. A fter playing with colours, and cleaning up, people bathe, put on clean clothes, and visit friends and family.

Like Holika Dahan, Kama Dahanam is celebrated in some parts of India. The festival of colours in these parts is called Rangapanchami, and occurs on the fifth day after Poornima.

Holi is an ancient Hindu festival with its cultural rituals. It is mentioned in the Puranas, Dasakumara Charita, and by the poet Kālidāsa during the 4th century reign of Chandragupta II.The celebration of Holi is also mentioned in the 7th-century Sanskrit drama Ratnavali. The festival of Holi caught the fascination of European traders and British colonial staff by the 17th century. Various old editions of Oxford English Dictionary mention it, but with varying, phonetically derived spellings: Houly (1687), Hooly (1698), Huli (1789), Hohlee (1809), Hoolee (1825), and Holi in editions published after 1910.

There are several cultural rituals associated with Holi

Days before the festival people start gathering wood and combustible materials for the bonfire in parks, community centers, near temples and other open spaces. On top of the pyre is an effigy to signify Holika who tricked Prahalad into the fire. Inside homes, people stock up on pigments, food, party drinks and festive seasonal foods such as gujiya, mathri, malpuas and other regional delicacies.

On the eve of Holi, typically at or after sunset, the pyre is lit, signifying Holika Dahan. The ritual symbolises the victory of good over evil. People gather around the fire to sing and dance.

Holi frolic and celebrations begin the morning after the Holika bonfire. There is no tradition of holding puja (prayer), and the day is for partying and pure enjoyment. Children and young people form groups armed with dry colours, coloured solution and water guns (pichkaris), water balloons filled with coloured water, and other creative means to colour their targets.

Traditionally, washable natural plant-derived colours such as turmeric, neem, dhak, and kumkum were used, but water-based commercial pigments are increasingly used. All colours are used. Everyone in open areas such as streets and parks is game, but inside homes or at doorways only dry powder is used to smear each other’s face. People throw colours and get their targets completely coloured up. It is like a water fight, but with coloured water. People take delight in spraying coloured water on each other. By late morning, everyone looks like a canvas of colours. This is why Holi is given the name “Festival of Colours”.

Groups sing and dance, some playing drums and dholak. After each stop of fun and play with colours, people offer gujiya, mathri, malpuas and other traditional delicacies. Cold drinks, including adult drinks based on local intoxicating herbs, are also part of the Holi festivity.

In the Braj region around Mathura, in north India, the festivities may last more than a week. The rituals go beyond playing with colours, and include a day where men go around with shields and women have the right to playfully beat them on their shields with sticks.

In south India, some worship and make offerings to Kaamadeva, the love god of Indian mythology.

After a day of play with colours, people clean up, wash and bathe, sober up and dress up in the evening and greet friends and relatives by visiting them and exchanging sweets. Holi is also a festival of forgiveness and new starts, which ritually aims to generate harmony in the society.

The Challenges Of Handicapped Parking

Where Are The Most Romantic And Exciting Ways To Propose?

The Great Night of Shiva, Shivratri

Tips For Gearing Up For The New Year Celebrations Party

Why it is Better to Prefer Online Sites for Cake...