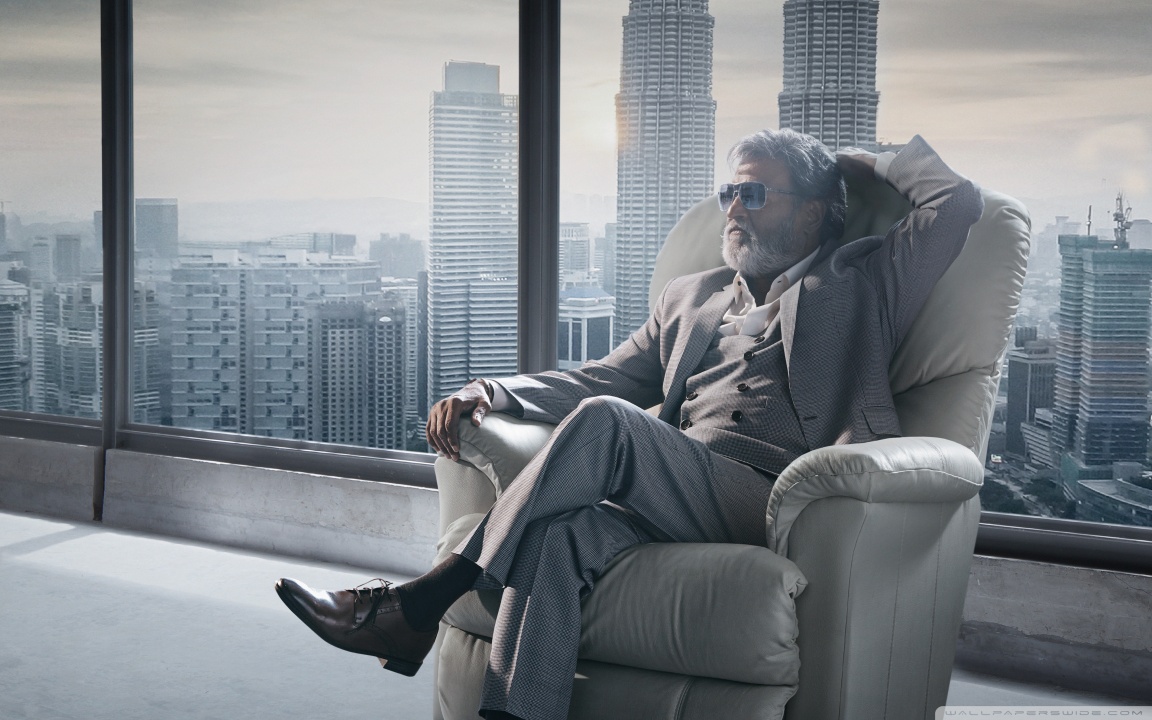 Rajnikanth has once again shown his dominance on the Indian Cinema, his fans love towards him and the hysteria they have exhibited on the release of Kabali. Such is the madness that an Air Asia plane was painted like Kabali posters and special flight was arranged for the people so that they could be flown on time to see their hero.

Salman Khan always ensures that his film is released on Eid Day as it is a public holiday but this man has gone a step forward as his film release has led to a public holiday. People in South have either have skipped the offices and some of the companies have declared a holiday, such is the aura and divinity of this man.

The movie has already entered a 100 Crore club even before its release. Halls are packed and people are ready to see the movie standing in aisles but they want it first day first show. Fans say that Rajini has neither extraordinary looks nor he has that six pack body, but he surely commands a class of superstardom.

God has showered and sanctified him with a miraculous destiny. Rajnikanth is not just known as a superstar but he is the greatest Philanthropist, Indian Cinema has ever seen. On the whole a perfect human being.