Home Lifestyle Dating Tips 6 Signs You should Know when He’s About to Say I Love... 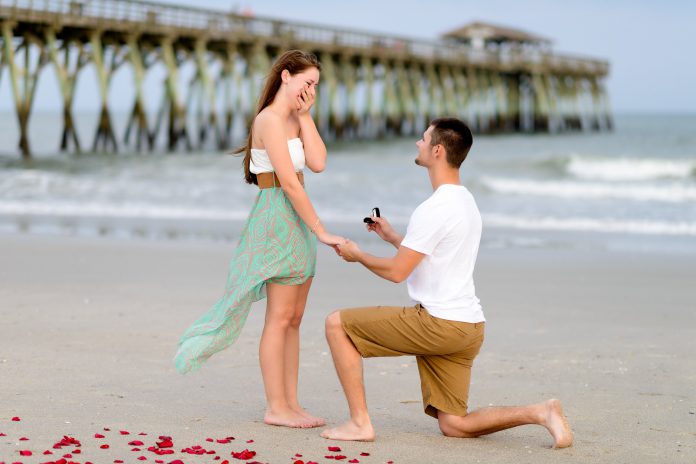 It’s hard to say those three simple words. For most men it starts off as a suspicion (“Holy f*ck. Do I love this girl?”) then it grows to certainty, then to anxiety about how and when to say it, and whether the woman might feel the same way. Even if your guy has a hunch that you love him too, it’s nerve-wracking to be the first one to say “I love you.”

Plus there’s the pressure of getting it “right.” He wants to be sitting in a park after the best date ever, have a sweet speech ready, and as soon as you say it back the previously inactive fountain comes to life and shoots beautiful streams of water into the air as you kiss. That’s what the movies make us think this moment should be, and most men know it won’t be that, so we avoid the actual act of saying these words longer than is needed or comfortable. Here are six signs that he’s gearing up to finally tell you that he loves you.

He Talks About It

Even if the setting is perfect and he’s been meaning to say it it’s still hard to get those exact words out: “I love you.” Sometimes a guy will talk around it in a million other ways. For example, he’ll start with the word “I,” squeeze you tight, make a soft noise and then say “you.” Or “I [insert sweet, knowing look] you.” It’s like we need to test the water to see if you’ll please (please!) say it first. This is the I’m-going-to-open-the-door thing we do, where we make it so clear that we want to say it but don’t actually do so.

He is Being a Creeper

Speaking of looks, you will know your guy is getting ready to say it because you will be getting ready for a night out, or working away across the desk from him, and look up and he will be staring at you like a creeper, a slight smile playing across his face. He’s admiring you, and inwardly copping to the fact that he does indeed love you, and you just caught him in the act of doing so.

He Has a Recurring Thing for You

Sometimes a man will express that he loves you with simple gestures. He will develop a little thing he does regularly so you know he cares. This could be flowers for no reason or leaving a little mint on your pillow for when you wake up in the morning, or always having your favorite drink ready when you come over. These simple, routine gestures are a way of him relaxing into the relationship. He is building out a life with you, getting into sweet habits that he hopes to maintain for years to come. Even if he hasn’t acknowledged that he’s in love with you, he’s showing it all the time by these little recurring signals.

He Keeps Your Stuff Around

In the same vein, he has your stuff at his place. Either it’s the stuff you’ve left there, like your hair dryer, or stuff he has specifically purchased for you – perhaps a toothbrush, your favorite tea, or a type of wine you like. He wants you around all the time, and is building out his personal space to accommodate and invite you in.

He Has a Million Inside Jokes With You

If he keeps bringing up certain inside jokes, about a horrible movie you watched together, or something your mom always says, or a funny thing you saw in the streets, it’s because he is gearing up to tell you I love you. He’s laying the groundwork for a certain familiarity, building out a way of life and things you both care about, so as to establish a basis where a big admission like “I love you” wouldn’t be so out of place.

Have you been going out to more expensive dinners than normal? Has he invited you to fancy cocktails at a swanky hotel bar? Followed those sorts of things up with long strolls through any parks? Yeah, he’s on the verge of telling you that he loves you. In fact, if you’ve had a few of those sorts of dates lately he likely tried to get up the nerve to say it then failed.

He’s looking for the right time to say it, but felt it hasn’t been natural to do so yet. After a few of those big dates don’t be surprised if he just blurts it out some time while looking at old photos on his couch. It may not be the most romantic story to tell later, but he simply couldn’t hold it in any longer. 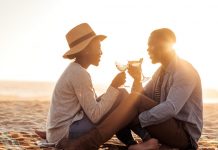 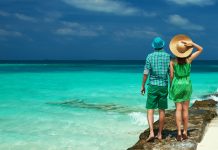 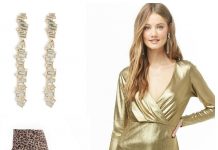